Posted on February 18, 2013 by christoflehmann

Christof Lehmann (nsnbc) The European Instrument for Stability (IfS), has released a 20 Million Eur stabilization support package to provide immediate support for Mali´s law enforcement and justice services, local authorities in Mali, dialog and reconciliation initiatives and support for the first phase of the upcoming elections in Mali. In the light of Europe-wide austerity cuts, the systematic abuse of Mali´s police and security forces to oppress any opposition to interim-President Traoré and the French backed ADEMA party, and in the light of a French Africa policy that prevents the development of the African market economies as a trading partner for Europe, the hard-earned European tax funds are wasted on financing a joint European-African Suicide of both the African and the European security and economy.

The European Union describes the Eur 20 Million grant as an early installment of the EU´s comprehensive response to the crisis in Mali, while it is complementing the ongoing efforts of the Union through other instruments, in particular the financial and logistical support to the Africa-led International Support Mission to Mali (AFISMA), the EUTM and EUCAP Sahel CDDP missions, the current long-term Counter-Terrorism project for the Sahel, and a number of other projects supported by the European Union. The 20 Million Eur grant is, according to the EU, meant to swiftly deliver concrete results under the first stabilization support package.

A closer look at the realpolitic behind the technocratic euphemisms of Bruxelles discloses, that the 20 Million Eur as a swift initial boost for what is yet to come, is financing everything but security, justice or democracy. 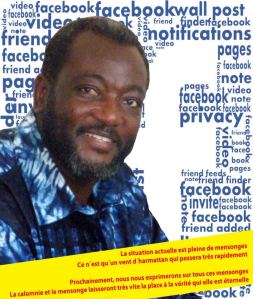 The kidnapping of Mali´s opposition leader Dr. Oumar Mariko on 11 February, by Mali´s Securité d´Etát, Mali´s security police, which is under the direct control of the French-backed interim-President Dioncounda Traoré, is just one of many examples, that demonstrate how the EU is wasting taxpayer money. That is, provided that the EU wants to finance reconciliation efforts, justice and fair elections.

Dr. Mariko is the presidential candidate for the SADI party and the COPAM coalition of opposition parties, who oppose the reversal of the results of the popular coup d´etat via the military forces of Mali, which ousted the former President Ammandou Touré. Dr. Mariko is also opposed to the inherent corruption in Mali and to the French system of usurpation, which prevents the development of Mali´s economy, in spite of the country´s resources. The event that triggered the coup against Touré was not only, that he had signed an agreement with elements within the administration of French President Hollande, the Touareq and Touré´s long term friend and party associate Iyad Ag Ghali, to literally sell off northern Mali. What triggered the ouster of Touré was, that he got caught red-handed while  using his satellite phone for giving explicit orders to an Al-Qaeda commander, to attack Malian military forces.

The arrest of the SADI party and the COPAM coalition´s Presidential Candidate and Member of Parliament, Dr. Oumar Mariko can hardly be called an arrest. Every single rule of a legal arrest was broken, when civilian dressed gunmen, of Dioncounda Traoré´s Securité d´État, armed with assault rifles, broke through the doors of Mariko´s party´s offices in Bamako, threatened Dr. Mariko at gunpoint while failing to identify themselves; when they put him in hand-caught, hoodwinked him with a bag, forced him into an unregistered 4×4 and drove away with him at high speed, while firing warning shots into the air to prevent the intervention from bystanders. Dr. Mariko was released after two days, and attempts to manufacture charges against him, which could prevent him from legally leaving Mali for political talks abroad.

To grant 20 Million Eur to the administration of interim-President Dioncounda Traoré, who is in direct control of Mali´s state security and responsible for the kidnapping of the opposition leader, is everything but securing safety or justice in Mali. The less euphemistic version of Bruxelle´s explanation why 20 Million Eur had to be sent to Mali, would be “we sent 20 Million Eur to secure that France can protects its interests in Mali by letting its protegé abuse the country´s police forces and justice system before a democratic discourse ruins Hollande´s plans for Mali“. European tax money is used to finance a French-backed tyrants State Security police, and the 20 Million Eur was just the beginning, a swift installment for immediate action.

However, the madness with EU funds does not stop there. The most likely candidate whom France will support during the presidential elections is Modibo Sidibe. Sidibe is a party coalition associate of both the ousted President Touré, of interim-President Traoré, of Al Qaeda leader and party associate Ihyad Ag Ghali, and the inner circle of the Hollande administration´s Africa “experts”. Modibo Sidibe has, according to well-informed sources, earned large sums of Eur´s when he offered himself as “mediator” during the kidnapping of German businessmen, after reportedly passing on information to the kidnappers, about whom to kidnap, when and how. The question is, how would a German taxpayer feel about his money being used to finance a kidnapping scam for the benefit of his French neighbors while German investors are harassed. European “fraternité” the French way.

To grant 20 Million Eur, earmarked for Mali´s police and justice system is about as justified as bailing out Wall Street banksters, while pulling the wool of austerity cuts over the eyes of European taxpayers. However, the madness does not stop there either, and yes, it can get worse. Much worse.

Provided, that France succeeds at installing its preferred candidate as President of Mali, by ruthless oppression of the opposition, and with the friendly financial support of its European neighbors; by subsidizing a regime that consequently denies opposition parties and even Members of Parliament and Presidential Candidates like Dr. Oumar Mariko access to TV, Radio and the print press; that kidnaps Presidential Candidates by abusing the states security apparatus and tries to stop members of the opposition from taking part in political meetings abroad; provided, that France can keep up its status quo in its former Central-African colony with the help of European tax payers heard earned money; and lets assume for a moment, that we don´t really care much about human rights, freedom and democracy in Mali after all; can we, that is the EU at least expect a reasonable return on our investment in a French-backed totalitarian regime in Mali ? The answer depends entirely on who is meant when we say “we“. If “we” means we the member states of the European Union, the answer is no. France has for years done its utmost to keep investors from other European countries out of its former colonies. If “we” on the other hand means “we the French” the answer is a definite “oui, yes“, and “we the other Europeans” will have to pay for it in terms of security, extremism, terrorism, as well as in terms of a lost market opportunity that has the potential to turn both the African and the European economies around.

France has, since 1946 exercised full control over the 15 Central African economies by installing commissioners with veto right in the regions three central banks. The 15 Central African countries currency, the F-CFA, is printed in France, its value is regulated by France, and France keeps 50 % plus 15 % of the 15 countries foreign reserves in France. France earns about 3 % on the interests, and lends the profit back to the African countries at 5 % – 6 % or higher. France is playing the benefactor, and of course it can do that, while keeping the 15 countries gold reserves in its own national bank.

The French Africa policy, which the European Union kindly sponsored with 20 Million Eur for the regime of interim-President Traoré, is not only assuring  that the people of Mali will continue to rise up against the European backed usurpers and an oppressive state security apparatus that is financed by Europe; the French Africa policy will not only continue to aggravate the presence of extremism in Northern and Central Africa; it will not only keep the populations of the former French colonies impoverished by preventing the development of a healthy middle class, it also prevents the development of Africa´s National Economies, the development of a colossal market potential and a genuine African-European cooperation, that would make austerity cuts in Europe ridiculously obsolete. Sending 20 Million Eur to Mali was equal to financing a joint African-European suicide. It is a bad investment and we should be able to expect better from our elected and unelected officials in Europe.

Christof Lehmann is the founder and senior editor of nsnbc. Christof Lehmann is a political writer, psychologist, and independent political consultant on a wide range of issues, including conflict and conflict resolution, negotiations, security management, crisis management. His articles are published widely in international print and online media and he is a frequent contributor to radio and TV programs. He is a lifelong advocate for human rights, peace and international justice and the prosecution of war crimes - also those committed by privileged nation. In September 2011 Christof Lehmann started the blog nsnbc in response to what he perceived as an embargo on truth about the conflict in Libya and Syria. In 2013, he plans to transform nsnbc into an independent, daily, international online newspaper.
View all posts by christoflehmann →
This entry was posted in Africa, Economy, Europe and tagged EU Stability Fund releases 20 Million to Mali for Joint European-African Economic Suicide, nsnbc Africa Analysis. Bookmark the permalink.
Loading Comments...
%d bloggers like this: