NATO/ISAF Meeting In Brussels, No Withdrawal from Afghanistan before 2018

(nsnbc) – Afghanistan´s Defense Minister, General Bismillah Mohammadi, informed international media at the conclusion of a tro-day meeting at NATO in Brussel on Friday, that delegates of fifty NATO member states and states, contributing to ISAF, have declared that their nations will continue supporting the Afghan National Security Forces (ANSF), well beyond 2014. Defense Minister Mohammadi told the press, that Afghanistan was grateful to the global fraternity for conti.. ……. Read more >>>> 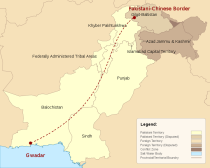 (LD) – Quetta, the capital of Pakistan’s southwest Baluchistan province, bordering both US-occupied Afghanistan as well as Iran, was the site of a grisly market bombing that has killed over 80 people. According to reports, the terrorist group Lashkar-e-Jhangvi has claimed responsibility for the attack. Billed as a “Sunni extremist group,” it instead fits the pattern of global terrorism sponsored by the US, Israel, and their Arab partners Saudi Arabia and Qatar. .…………………….. Read more >>>>

(IMEMC) (Joint Press Release H.R. Groups) Ramallah-Jaffa, 20 February 2013 – Addameer, Al-Haq and Physicians for Human Rights-Israel (PHR-Israel) express their grave concern for the health of four Palestinian hunger-strikers and outrage at the continued use by Israel of administrative detention as a widespread practice to punish and suppress Palestinian dissent against the Israeli occupation.…….. Read more >>>>

Christof Lehmann (nsnbc) – A massive explosion in Damascus` al-Thawra Street, near the al-Mazraa area of Damascus and the headquarters of the Baath Party, has killed at least 31 and left dozens injured. The explosion was caused by a car-bomb which was exploded near a security roadblock. According to other reports, the “Free Syrian Army” has given an ultimatum to Lebanon´s Hezbollah, to stop shelling areas under FSA control, or to face attacks on Lebanese territory. ……. Read more >>>>

Why is the US targeting Iran? An abundance of reasons

Jim Fetzer – The situation with Iran is completely absurd–unless there is a hidden motive. Iran poses no military threat to the United States. Iran has not attacked any other country for more than 300 years. It has signed the Non-Proliferation Treaty. It allows inspectors. In 2007, 16 US intel agencies converged in the opinion that Iran is not pursuing nuclear weapons–an opinion they reaffirmed in 2011. The Supreme Leader of Iran has declared, “Nuclear energy for all; nuclear weapons for none”, which is the policy of the nation. Whatever the motive for targeting Iran, it is not the development of nukes. ……….. Read more  >>>>

Christof Lehmann (nsnbc) Two years after the pro-democracy movement in the Gulf-Kindom Bahrain started its daily protests, the Saudi-backed government continues its violent crack-down on protesters and rejects a dialog that could lead to reform. Among the many, who were arrested,  sentenced on fabricated charges and imprisoned, is the President of the Bahrain Center for Human Rights, Nabeel Rajab.Nabeel Rajab remains detained at Jaw Prison, where he is serving a two years sentence, after an appeals court on 11 December 2012 confirmed his conviction on three counts of charges of calling for the participation in gatherings which had been declared illegal by the government. So far, Nabeel Rajab has spent 218 days ……. Read more >>>>

(nsnbc) The Syrian Arab News Agency SANA reports, that two Russian planes, carrying 46 tons of humanitarian aid, have landed at Lattakia Airport on Tuesday, and that the Syrian Arab Red Crescent in Lattakia Province will distribute the aid to people under the supervision of the High Commissioner of Relief. The aid will be distributed to people. who have been affected by the wave of terrorism that has been unleashed on Syria since early 2011. According to the Russian Assistand Director for Relief, Eric Vassiliev, the aid contains electric generators ……… Read more >>>>

Christof Lehmann (nsnbc) The national dialog in Syria, to end the crisis, national reconciliation and political as well as social reform, continues making progress. Although the process is largely being ignored by mainstream media in those countries who are backing the armed subversion and the foreign-backed, pro-interventionist opposition, the national dialog is increasingly derailing attempts to force a foreign agenda on the people of Syria. After months of initia …... Read more >>>>

Christof Lehmann (nsnbc) On Saturday, 16 February, a suicide bomber killed the senior Iraqi army intelligence officer, Brigadier General Awni Ali, and two of his bodyguards in his home, in northern Iraq. So far, nobody has claimed responsibility for the assassination. Analysts suspect the hand of Saudi-Arabia and the “Islamic State of Iraq“, which is the Iraqi branch of the international network of terrorist and mercenary organizations under the umbrella of Al Qaeda, behind the suicide attack. High-ranking Iraqi officials, including Iraq´s Prime Minister Nouri Al-Malaki, have over the past months repeatedly warned about an influx of terrorists, supported by Saudi-Arabia in Iraq and against a Saud…………. Read more >>>>