Posted on February 8, 2013 by nsnbc international

Christof Lehmann (nsnbc)  The Venezuelan right wing party Primero Justicia (Justice First) may be facing Justice due to allegations about and evidence for substantial corruption by some of its leading members. Earlier this week the President of the National Assembly, Diosdado Caballo, had informed the National Assembly that he would be presenting evidence of corruption on part of Members of Parliament of Primero Justicia. 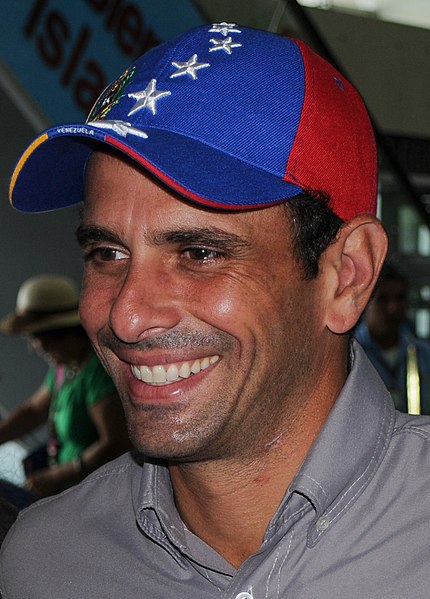 President of the National Assembly Diosdado Cabello had warned earlier in the week that he would be presenting evidence of corruption on the part of the right-wing party Primero Justicia (Justice First) before the Assembly. On Tuesday Diosdado Caballo presented evidence, confirming that the Primera Justicia in the period between 2009 and 2011 had received more than 144,000 USD in undeclared funding. The evidence is consistent with a number of checks which have been presented in evidence.

According to the Cuban press agency Prensa Latina, several private Venezualan firms had made out a number of checks to M.P. Richard Mardo, which Mardo failed to declare in his tax declaration as well as with recorded telephone calls about campaign financing between the father of Miranda Governor Henrique Caprile´s father and Mardo.

Also the opposition members Gustavo Marcano is implicated in the corruption scandal. Allegedly Marcano has transferred funds to Primero Justicia while he served as mayor of the city of Lecheria.

Primera Justicia is led by opposition leader Henrique Capriles. Both the party and Capriles have previously been involved in corruption scandals. Both the German, French and Israeli governments openly support Capriles and Primero Justicia in an attempt to weaken the government of President Hugo Chavez and to reverse the effects of the ongoing Bolivarian project in Venezuela.

Israel´s support of Primera Justicia and of Henrique Capriles is provided with the prupose of weakening Venezuela in its function as an ally to Iran. Although Henrique Capriles states that he is a Catholic it is known that both of Capriles parents were Jewish.

Several members of Parliament demanded that formal charges shall be pressed against Richard Mardo and Gustavo Marcano and that they should be placed under house arrest, while further investigations should be made against Henrique Capriles, Carlos Ortiz and Julio Borges.

The corruption charges resulted in heated debates and quarrels on the floor of the parliament. To the amusement of many MPs belonging to the governing party quarrels erupted between members of the coalition of four opposition parties.

Hernán Nunez earned applause and cheers from the benches of the governing party when he stated that he would break his ties to an opposition coalition that was neither democratic nor united, and which only had gotten together to rob the Venezuelan people.

nsnbc international is a daily, international online newspaper, established on 25 February 2013. nsnbc international is independent from corporate, state or foundation funding and independent with regards to political parties. nsnbc international is free to read and free to subscribe to, because the need for daily news, analysis and opinion, and the need for independent media is universal. The decision to make nsnbc international freely available was made so all, also those in countries with the lowest incomes, and those inflicted by poverty can access our daily newspaper. To keep it this way, however, we depend on your donation if you are in a position to donate a modest amount whenever you can or on a regular basis. Besides articles from nsnbc's regular contributors and staff writers, including nsnbc editor and founder Christof Lehmann, it features selected articles from other contributors through cooperation with media partners such as Global Research, The 4th Media, AltThaiNews Network and others.
View all posts by nsnbc international →
This entry was posted in Latin America - Caribic and tagged Corruption charges against Primera Justicia and Capriles, nsnbc Latin America News, Venezuela´s Primera Jisticia faces corruption charges. Bookmark the permalink.
%d bloggers like this: