The curious case of Timothy Byrnes, ASIO and the National Security Hotline

Posted on November 3, 2012 by nsnbc international

The curious case of Timothy Byrnes, ASIO and the National Security Hotline 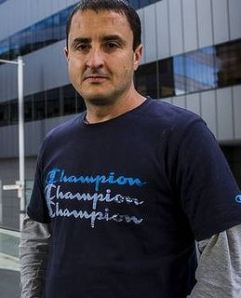 The curious case of Timothy Byrnes, a complaint to ASIO and a call to the National Security Hotline provides a cautionary tale for reporters who move between the worlds of the media and government in Australia.

Byrnes, a young Canberra-based freelance journalist, took a job in March as a media officer with the Department of Broadband, Communications and the Digital Economy,  the same department responsible for advising the Government on the media.

It was to prove a shortlived and very unhappy experience.

After just three-and-a-half days, Byrnes was sacked for what the department described as “serious reputation and security issues” allegedly arising from his previous work as a freelancer.

When he told the story of his dismissal to Fairfax Media, senior bureacrats contacted ASIO and rang the counter-terrorism National Security Hotline to report him as a security threat.

And that hillock of paperwork — released under Freedom of Information — provides a disturbing insight into government views about journalism.

Prior to his abruptly ended stint in the public service, Tim Byrnes had been working for the media and in public relations for seven years. According to Peter Fray, former editor in chief of the Sydney Morning Herald, who encountered Byrnes while editing The Canberra Times in 2008, “Tim is in love with the idea of journalism and being a journalist.”

An interest in Russian history led Byrnes to travel frequently to Russia, and in 2008 he got what he hoped would be a big break: an opportunity to go “behind the lines” with Russian forces during the short but violent conflict between Russia and Georgia in South Ossetia.

Byrnes, who filed stories from South Ossetia for Fairfax Media and was interviewed via satellite by Sky News, has remained closely engaged with events in Russia and Georgia.

Early this year, he was pitching to the SBS Dateline program a story about arms trafficking through Georgia when the job opportunity as a media officer came up.

Central to the proposed documentary was a video that purported to show a meeting between US Homeland Security agents and arms dealers.

But much more work needed to be done to corroborate the evidence in the allegedly leaked video and SBS wasn’t interested in pursuing the story.  So, on March 6,  having abandoned the project, Byrnes took up what was to become his highly contentious departmental job, found for him by the recruitment agency Hays.

And, after accepting the role, he emailed his contacts in Georgia and the US, telling them that he could no longer be involved with the documentary project.

According to his supervisor, Broadband’s Media and Public Affairs Manager Jane Weatherley, Byrnes explained that he sustained the injury some years earlier in Russia in a vicious street assault.

After a day at home sick, Byrnes returned to work on March 8 and was closely questioned by Weatherley about his health and ability to handle the job.

Without medical advice, she had already concluded that Brynes suffered a continuing “brain injury” that constituted an undeclared “disability” making him unsuitable for what she described as a “highly stressful” job handling regional media inquiries about the NBN.

Accounts of their conversation differ, but it’s clear Byrnes affirmed his ability to work as a member of Broadband’s media team, citing his freelance work in a highly stressful war zone, subsequent to his head injury, as proof.

Tellingly, he also told his supervisor about his unsuccessful documentary pitch to SBS.

The latter rang alarm bells for Weatherley and concern about Byrne’s health was displaced by something quite different as she urgently emailed the department’s legal advisers to seek advice on the “possible termination” of his contract for ”potential conflict of interest”.

Byrnes recalls no warning of this action, only that Weatherley smiled at him and said that his now abandoned arms trafficking investigation would have been “a good story”.

“I am mostly uncomfortable about the potential reputational damage to the department should SBS run the story and the conflict of him being in a media officer role,” she wrote late in the afternoon.

Byrnes’ fate was very quickly decided. A termination letter was finalised before close of business.

Late next morning, March 9, the department’s lawyers advised Byrnes was to be thanked for raising “a possible conflict of interest” and then told that, after “some consideration”, it had been decided to terminate his employment immediately.

Having read the lawyers’ proposed script, Weatherley replied: “looks good to me – cheers.”

Around midday,Kerri Russ read out the prepared script to Byrnes and handed him a dismissal letter that referred vaguely to “suspected leaked US Department of Homeland Security information about Russia or Georgia”.

Byrnes, with no opportunity to  discuss the supposed “serious reputation and security issues” that required his immediate sacking, was escorted from the building.

Russ later said in an internal email: “I wouldn’t say that the matter was investigated, we didn’t do an investigation.”  The department’s security adviser also recorded: “There are no outstanding security issues for Timothy Byrnes.”

Byrnes was flummoxed.  “I just didn’t see it coming, I had absolutely no idea, it was a king hit,” he told Fairfax Media.

Humiliated and frustrated, he took his story to The Canberra Times.

After a flurry of emails and further legal consultation, Rizvi approved a carefully drafted response that briefly confirmed Byrnes had been terminated “on the grounds set out in the letter of 9 March”.

Thomson’s story in The Sunday Canberra Times of March 25  reported Byrnes’ sacking, the department’s stated reasons and its assertion that it had met “all its obligations under the Fair Work Act”.

The bureaucrats were quite happy with their management of Thomson’s inquiry, with Assistant Secretary Russ noting approvingly that his article was “just factual really, not commentary or criticism of the dept”.

Byrnes emailed  Weatherley, saying he was “sorry that I went to the media … I had exhausted all avenues for redress and clarification … You employed me in good faith and I was honest with you … I was never a threat to the team.” Weatherley didn’t reply.

What Byrnes didn’t know was that, prompted by The Canberra Times inquiry, the department had referred him to the Australian Security Intelligence Organisation for investigation.

Deputy Secretary Rizvi had telephoned ASIO mid afternoon on March 23, and told Weatherley and Russ that “the relevant security agency will want to interview you … possibly early next week”.

Shortly thereafter Assistant Secretary Di Berardino emailed her colleagues: “I’ve reported this to the National Security Hotline. … They are interested in getting further details about Tim which I assume are on file somewhere.”

The National Security Hotline logged Byrnes’ case under the reference number “3015429”. He is presumably now the subject of an ASIO file.

There was some awkwardness about what was done.  Rizvi remained anxious that the matter could still generate adverse publicity or questions at a Senate estimates committee hearing, saying in an email to lawyer Trudi Bean on March 26: “I agree we should say as little as possible.”

However, no questions were asked at Senate estimates.

And more than four months later, Byrnes — who has never had any connection to matters relating to Australia’s security  – has not been contacted by ASIO or any other security or police agency.

Byrnes may have had his employment terminated as a consequence of his supervisor’s personal assesment of the state of his health. But the official reason remains his prior work as a journalist.

And none of the bureaucrats had any apparent problem with sacking him for that. Nor has it seemingly interested or upset any of the nation’s politicians either.

The Department of Broadband, Communications and the Digital Economy is currently advising the Federal Labor Government on its response to the inquiry by Justice Ray Finkelstein into the media, media ethics and regulation.
Media and public affairs manager Jane Weatherley was listed last year as the contact officer for people wishing to make submissions to the Finkelstein inquiry.

She now manages “communication strategies and services” for the Department of Health and Ageing.  She declined to comment when contacted by Fairfax Media.

Whatever the outcome of his case, Byrnes’ experience suggests that the senior public servants responsible for national media policy have little  understanding of the craft of journalism or sympathy for its practitioners.

Some might say that it’s not only journalistic ethics that should be the subject of an inquiry.

By Philip Dorling
Via National Times

nsnbc international is a daily, international online newspaper, established on 25 February 2013. nsnbc international is independent from corporate, state or foundation funding and independent with regards to political parties. nsnbc international is free to read and free to subscribe to, because the need for daily news, analysis and opinion, and the need for independent media is universal. The decision to make nsnbc international freely available was made so all, also those in countries with the lowest incomes, and those inflicted by poverty can access our daily newspaper. To keep it this way, however, we depend on your donation if you are in a position to donate a modest amount whenever you can or on a regular basis. Besides articles from nsnbc's regular contributors and staff writers, including nsnbc editor and founder Christof Lehmann, it features selected articles from other contributors through cooperation with media partners such as Global Research, The 4th Media, AltThaiNews Network and others.
View all posts by nsnbc international →
This entry was posted in News, Northern America and tagged Australia Government sacks journalist, Berufsverbot, censorship, Georgia Turkey arms smuggling, global security, Illegal Arms Trade in Georgia, Investigative Journalism, Journalist Timothy Byrnes Sacked on National Security Issues, National Security, nsnbc, Politics, Timothy Byrnes, Turkey, US Attorney General covering up illegal arms trade. Bookmark the permalink.

2 Responses to The curious case of Timothy Byrnes, ASIO and the National Security Hotline