Breaking: Annan Quits: Kofi to Bibi: “Stop Bombing Gaza or Fake Serious Consequences”. Bibi to Kofi: “That was a good one, I haven´t been laughing like this since Sabra and Shatila”.

Posted on August 2, 2012 by christoflehmann

Breaking: Annan Quits: Kofi to Bibi: “Stop Bombing Gaza or Fake Serious Consequences”. Bibi to Kofi: “That was a good one, I haven´t been laughing like this since Sabra and Shatila”.

Christof Lehmann – nsnbc. – The special envoy to Syria for the United Nations and the Arab League, Kofi Annan, has today quit his job as negotiator. Those who know Annan´s track record, including the scandals about Rwanda, and the fact that Annan was the first UN Secretary General to argue for the primacy of the “Responsibility to Protect” over national sovereignty in the case of Yugoslavia, knew from the get go, that Annan never was meant to be an honest broker.

The task of Annan was, and history will prove it, to maintain negotiations on behalf of a coalition that would not accept any other solution to the crisis which they themselves manufactured and aggravate, than regime change or war. 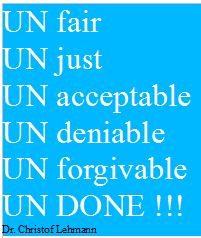 In his statement, in which he informed the UN and international media that he quit, Annan warned “Syrians” to cease-fire, or to face serious consequences. One may wonder why Annan did not have the integrity to address the fact that the USA, NATO member states, GCC member states and other have taken part in creating the crisis and continue aggravating it by waging a de facto illegal war by proxy and special forces.

Annan had the audacity to say that the UN Security Council was not solving the crisis but that it´s members pointed fingers at each other instead. If he, or the function of a US/NATO co-opted UN truly was to uphold international law, Annan would and should himself clearly and unequivocally pointed his finger at the USA, who today openly admitted that it provided support to terrorists in Syria.

The announcement was made shortly before Russia´s President Putin met the UK´s P.M. Cameron.

If Kofi Annan or the United Nations represented humanitarian principles and the rule of law in international relations, why have we never heard something to the effect of:

“Kofi to Bibi. If you don´t stop massacring Palestinian women and children in Gaza or Lebanon, You will fake serious action“.

The trouble with the UN is that Bibi Natanyahu would not even take the statement seriously because he knows that it would not be meant for other purposes that public relations. Bibi Netanyahus´answer would be:

“Bibi to Kofi. I haven´t been laughing like this since Sabra and Shatila”. 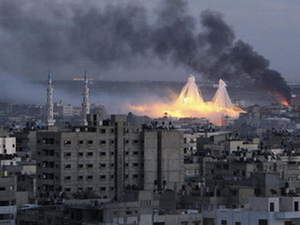 A more serious article will follow – but in all seriousness, it is high time that the “International Community” realizes that the sole function of the United Nations is to enforce US Hegemony, Institutionalize Globalization, and work towards a One World Government under the primacy of a fascist United States of America and a Global Cleptocracy.

The most likely development will probably procede in three steps:

Step one – The USA, EU, GCC Member States will apply all possible diplomatic, political and financial pressure against those UN member states who are easy targets. The Seychelles, Maledives, Togo Hawai will be among those who will be told “either you are with us or you are with the terrorists”. A United Nations General Assembly vote for an Article 7 based Intervention will be secured by blackmail.

The people of Sabra and Shatila desperately needed action but the UN keeps pointing fingers at Palestinian terrorists.

Step three – a military intervention against Syria that will be justified with the fact that a majority of nations at the General Assembly have voted in favor of it – it will be called a truly democratic resolution and it will be representative of what brand of democracy the NATO UN-PIRE represents.

The question begs to be answered, whether Vladimir Putin and Russia will continue to use Judo-Strategies in the Syria situation, or if it was time to kick balls so it hurts. It will also be interesting to observe how China´s policy towards the Dollar and Euro will develop. It may actually be that a direct confrontation between the two geopolitical blocks can be prevented if Russia and China begin to play hardball and assert their power. It would be naive to expect that China becomes more willing to let US Hegemony cast anchor in the South China Sea while an undeclared war is being waged against it´s interests. 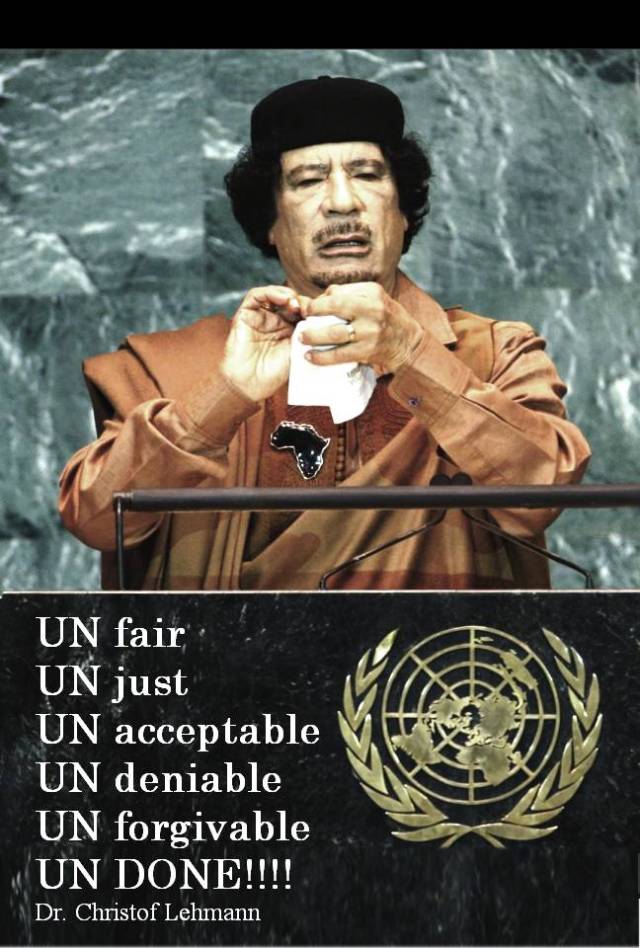 Christof Lehmann is the founder and senior editor of nsnbc. Christof Lehmann is a political writer, psychologist, and independent political consultant on a wide range of issues, including conflict and conflict resolution, negotiations, security management, crisis management. His articles are published widely in international print and online media and he is a frequent contributor to radio and TV programs. He is a lifelong advocate for human rights, peace and international justice and the prosecution of war crimes - also those committed by privileged nation. In September 2011 Christof Lehmann started the blog nsnbc in response to what he perceived as an embargo on truth about the conflict in Libya and Syria. In 2013, he plans to transform nsnbc into an independent, daily, international online newspaper.
View all posts by christoflehmann →
This entry was posted in Middle East, News, Opinion and tagged Annan Plan, Annan resigned, Arab League, China, christof lehmann, conflict resolution, National Sovereignty, nato member states, NATO War on Syria, nsnbc, Politics, Putin, Russia, Sabra and Shatila, Security Council, six point peace plan, state sponsored terrorism, Syria Six Point Plan, UK, UN, undefined, UNSC, USA, war on syria. Bookmark the permalink.

2 Responses to Breaking: Annan Quits: Kofi to Bibi: “Stop Bombing Gaza or Fake Serious Consequences”. Bibi to Kofi: “That was a good one, I haven´t been laughing like this since Sabra and Shatila”.