Terror Storm on Syria up to Geneva Meeting

Terror Storm on Syria up to Geneva Meeting. 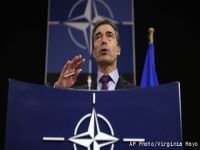 By Christof Lehmann – nsnbc. – NATO prepares use of Article Five. Yesterday, after the meeting of the NATO Council, called by Turkey under the Washington Treaty´s Article 4, the government of R. Tayyip Erdogan called Syria “a direct and imminent threat”. After NATO Secretary General Anders Fogh Rasmussen reiterated that “it must be clear that an attack on one NATO member is an attack on all members of the alliance”, the Turkish statement that Syria is a direct and imminent threat must be understood as a precursor for the invocation of Article Five. Article Five of the Washington Treaty would call on all NATO members to “defend Turkey against Syria”.(1)

The Rubicon will most likely be crossed in stages. The initial stage will most likely be the provocation of further cross border incidents to manufacture a pretext for the establishment of what will be called “safe zones” along the Turkey-Syria border.

Insurgents, backed by NATO Special Forces, have in previous incidents carried out attacks in Syria, escaped across the border, and continued to engage Syrian military forces in an attempt to provoke “incidents” which could be interpreted as Syrian aggression against Turkey.

Yesterday this strategy was reinforced by the deployment of several tanks and long-range artillery units along the turkish-syrian border. Without it being necessary to analyze often unpredictable detailed developments one thing should be clear. An incident is being provoked, which will be used as a pretext for establishing “safe zones” from which insurgents shall operate under supervision of NATO Special Forces.

Yesterday Damascus experienced heavy clashes between Syrian military and insurgents. The clashes gave the impression of having been a coordinated assault, targeting key government and media installations. Fighting took place in Damascus suburbs as well as in Idleb. According to some sources attacks have been attempted on one of the presidential facilities in Damascus, engaging Syrian special forces.

Under normal conditions the insurgents would not be a match for the Syrian military forces. The fact that the insurgents are operating in civilian areas, that they often prevent civilians from evacuating the combat zone, that civilians are systematically used as human shields, and the facts that the military adheres to international law and minimized civilian casualties and the destruction of private property, severely hampers it´s effectiveness.

In spite of the adverse and difficult engagement conditions, the military succeeded in inflicting heavy casualties on the insurgents. Both SANA and Syriaonline report that tens of insurgents have been killed, a large number was arrested, and arms have been ceased. (2)

A terrorist attack was also carried out against the Syrian Satellite TV channel Al Ikhbaryia, causing considerable damage and murdering three staff. Syrian Information Minister Omran Al-Zoubi stated that the terrorists committed  “the worst massacre against journalism and the freedom of media when they executed the Syrian media workers in cold blood”.

The attack on Al-Ikhbaryia TV is following previous attempts to silence Syrian media. Earlier this month the Arabsat and Nilesat media companies ceased carrying Syrian TV and Radio signals. The initiative to silence Syrian media was, contrary to it´s charter, it´s mandate, and it´s obligation to work for Arab Unity and Independence, taken by the Arab League.(3) The decision of Arabsat and Nilesat to follow the advise of the Arab League is a violation of international law. Needless to mention that it is a violation of media ethics too, but when was the last time that NATO/GCC co-opted media have adhered to ethical guidelines in the coverage of the war on Syria.

Syrian Information Minister Al-Zoubi added: “Those who committed this crime have carried out the decision of the Arab League Council to silence the voice of Syria”. According to Al-Zoubi, the terrorists broke into the headquarters of Al-Ikhbaryia, executing the journalists and civil guards, and telephone operators, after which they exploded the studios and luted some of the technical equipment. Al Zoubu stated that the EU´s decision to impose further sanctions on Syrian TV and Radio has been crowned by todays attack. (4)

The Ambassador of China to Syria in Damascus, Zhang Xun called again for respecting Syrian sovereignty and the safety of it´s territories. He reiterated China’s support to the plan of the UN Envoy to Syria, Kofi Annan, stressing the need for halting violence and launching the political process. Xun said that the international community should exert more efforts to solve the crisis in Syria politically. (5)

Russian President Vladimir Putin is touring the Middle East. So far the news that have transpired have given little away about eventual progress with respect to solving the Syrian crisis. It is however unthinkable, that Putin has not voiced gravest concerns about the possible implications of the war on Syria in Israel, or to King Hussein II in Jordan.

Yesterday the spokesperson of the Russian Foreign Ministry, Alexander Lukashevich, said that Russia believes that it is important not to consider the incident about the Syrian downing of a Turkish F4 which violated Syrian territory as a Syrian provocation. Lukashevich voiced his concerns about that the incident will  be used to destabilize the situation further.

He said the diplomatic and political escalation is dangerous, especially at a time when efforts are being made to rally all main foreign players to transition the situation in Syria to a political course based on all sides implementing the Security Council-sanctioned plan of International Envoy to Syria Kofi Annan.

“We call all sides again – whether in the region or outside it – to work exclusively for the inerest of this agenda, and not take steps beyond its framework,” Lukashevich said, adding that he believes that the best thing to do in this situation is exercising self-restraint and having the Syrian and Turkish side work together constructively to uncover all the details of this incident and prevent the repetition of such tragic events in the future.

Russian Deputy Foreign Minister Bogdanov warned about the possibility that the conflict may spread beyond the borders of Syria.

Russia´s permanent representative to the UN, Vitaly Churkin stated that Russian Foreign Minister Lavrov will participate in an international conference on Syria that will be held in Geneva on 30 June.(6)

With a terrorstom unleashed in Syria, NATO attempts to create a pretext for a war on Syria under Article Five of the Washington Treaty, with the threat of the breakout of a regional war with global consequences, the meeting in Geneva in three days seem like one of the last possible chances to prevent disaster.

3) Preparation of Absolute Image Control in War on Syria. https://nsnbc.wordpress.com/2012/06/03/preparation-of-absolute-image-control-in-war-on-syria/

6)Russian Foreign Ministry: Turkish Aircraft Incident Must Not Be Considered as Provocation on Intentional Act, Annan Must Remain the Only International Mediator http://www.syriaonline.sy/?f=Details&catid=12&pageid=2785

2 Responses to Terror Storm on Syria up to Geneva Meeting