Still running high among the service personnel and other people in the north is the anger at the diehard conservative media which rubbed salt in their wounds when they were grieving over the big loss to the nation and hurled a whole string of vituperation at the mourners.

They are now hell bent on hurling malignant slanders and calumnies at the social system and dignity of the DPRK.

Chosun Ilbo, Yonhap News and Economic Daily recently let loose such rubbishes as “expenses for the celebrations of the Day of the Sun”. Yonhap News, in particular, took issue with foreign media’s travel notes on Pyongyang with malignance, not content with defaming the popular policy of the DPRK for the younger generation. Economic Daily cited rubbishes talked by despicable renegades to find fault with reunions of separated families and relatives in the past. 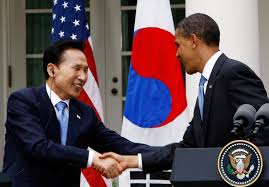 Dong A Ilbo, Munhwa Daily and World Daily have run the whole gamut of wrongs by falsifying facts and spreading misinformation.

The ultra-right conservative media in south Korea are no more than poor-looking waiting maids of the ruling quarters who maintain their existence by serving the “government” authorities after losing missions and images as media, and tools of the puppet Intelligence Service.

They have totally denied the historic June 15 joint declaration and the October 4 declaration and persistently opposed their implementation. They have also incited the adherence to the policy of confrontation.

When a big hurdle was laid in the way of north-south dialogue, they shifted the blame for it onto the DPRK, jabbering that “it was something fully expected.” They supported the Lee group of traitors in its anti-DPRK farce like blowflies in a stingy ditch, crying out for getting ready for taking several fold retaliation against “provocations from the north”. All these are reckless actions far away from the basic mission as media.

It is the duty for the media of the nation to work for national reunification as they are undergoing the tragedy of national split. However, the above-said reptile media are doing something that makes even brutes blush, bereft of even elementary reason and position as media.

The noisy anti-DPRK smear campaign of south Korean conservative media is stoking distrust and hostility quite contrary to national reconciliation and unity and dashing the wishes of the nation for reunification.

The conservative media are the root cause of misfortune of the nation and reactionaries little different from the Lee group.

It is impossible to achieve progress of south Korean society, national unity and peace of Korea as long as there are ultra-right conservative media in south Korea.

The army and people of the DPRK were entirely just when they clarified their will to blow up the dens of tricksters and liars at a blow and make a clean sweep of the hack media persons taking the lead in defaming the DPRK together with confrontation maniacs.

History proves that traitors to the nation have no future.

The hack media persons and conservative media will have to pay a dear price for their treason.

via The 4th Media

nsnbc international is a daily, international online newspaper, established on 25 February 2013. nsnbc international is independent from corporate, state or foundation funding and independent with regards to political parties. nsnbc international is free to read and free to subscribe to, because the need for daily news, analysis and opinion, and the need for independent media is universal. The decision to make nsnbc international freely available was made so all, also those in countries with the lowest incomes, and those inflicted by poverty can access our daily newspaper. To keep it this way, however, we depend on your donation if you are in a position to donate a modest amount whenever you can or on a regular basis. Besides articles from nsnbc's regular contributors and staff writers, including nsnbc editor and founder Christof Lehmann, it features selected articles from other contributors through cooperation with media partners such as Global Research, The 4th Media, AltThaiNews Network and others.
View all posts by nsnbc international →
This entry was posted in Asia, Opinion and tagged asia, DPRK, imperialism, Japan, Korea, North Korea, Politics, propaganda, South Korea, USA. Bookmark the permalink.
Loading Comments...
%d bloggers like this: