Posted on February 20, 2012 by nsnbc international 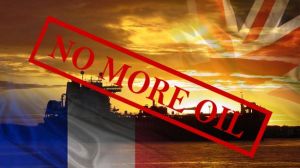 Iran’s Oil Ministry announces it has cut oil exports to British and French firms in line with the decision to end crude exports to six European states.

Iranian Oil Ministry Spokesman Alireza Nikzad-Rahbar said Sunday that Iran has no problem in exporting and selling crude oil to its customers.

European Union foreign ministers agreed to ban oil imports from Iran on January 23 and to freeze the assets of the Iranian Central Bank across the EU in a bid to pressure Iran over its nuclear program.

The sanctions will become fully effective on July 1, 2012, to give EU member states enough time to adjust to the new conditions and find alternative crude oil supplies.

Despite the widely publicized claims by the US, Israel and some of their European allies that Iran’s nuclear program may include a military aspect, Tehran insists its nuclear work is civilian in nature.

Iran argues that as a signatory to the nuclear Non-Proliferation Treaty (NPT) and a member of the International Atomic Energy Agency (IAEA), it has the right to develop and acquire nuclear technology for peaceful purposes.

The IAEA has conducted numerous inspections of Iran’s nuclear facilities but has never found any evidence indicating that Tehran’s civilian nuclear program has been diverted towards nuclear weapons production.

nsnbc international is a daily, international online newspaper, established on 25 February 2013. nsnbc international is independent from corporate, state or foundation funding and independent with regards to political parties. nsnbc international is free to read and free to subscribe to, because the need for daily news, analysis and opinion, and the need for independent media is universal. The decision to make nsnbc international freely available was made so all, also those in countries with the lowest incomes, and those inflicted by poverty can access our daily newspaper. To keep it this way, however, we depend on your donation if you are in a position to donate a modest amount whenever you can or on a regular basis. Besides articles from nsnbc's regular contributors and staff writers, including nsnbc editor and founder Christof Lehmann, it features selected articles from other contributors through cooperation with media partners such as Global Research, The 4th Media, AltThaiNews Network and others.
View all posts by nsnbc international →
This entry was posted in Europe, Middle East, News and tagged Anti-Imperialism, Commerce, EU, Europe, finance and economics, France, global security, Iran, Middle East, nsnbc, Oil Export, press tv, Sanctions, Trade, UK, United Kingdom. Bookmark the permalink.
Loading Comments...
%d bloggers like this: