Posted on January 7, 2012 by nsnbc international 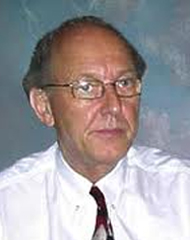 By Prof. Michel Chossudovsky – Center for Research on Globalization

The underlying pattern is similar to that of Libya where British SAS were on the ground prior to the launching of NATO’s military intervention.

A Responsibility to Protect (R2P) modelled on Libya is contemplated. The Free Syrian Army is a de facto paramilitary creation of NATO.

The reports confirm that British military and  intelligence operatives are already on the ground inside Syria:

“There has been growing chatter indicating that British Special Forces are in some way assisting forces aligned against the Syrian regime.

Reports from late November last year state that British Special forces have met up with members of the Free Syrian Army (FSA), the armed wing of the Syrian National Council. The apparent goal of this initial contact was to establish the rebel forces’ strength and to pave the way for any future training operations.

More recent reports have stated that British and French Special Forces have been actively training members of the FSA, from a base in Turkey. Some reports indicate that training is also taking place in locations in Libya and Northern Lebanon. British MI6 operatives and UKSF (SAS/SBS) personnel have reportedly been training the rebels in urban warfare as well as supplying them with arms and equipment. US CIA operatives and special forces are believed to be providing communications assistance to the rebels.” http://www.eliteukforces.info/uk-military-news/0501012-british-special-forces-syria.php (emphasis added)

These reports confirm unequivocally foreign interference in the affairs of a sovereign state.

This is not a popular uprising.

The insurrection as well as the killings of civilians were sponsored by the Western powers from the outset.

US, UK and Turkish operatives are supplying the rebels with weapons in violation of international law:

Britain is gearing up for fighting in Syria that could be bigger and bloodier than the battle against Gaddafi.

The Ministry of Defence is drawing up secret plans for a NATO-sponsored no-fly zone but first it needs backing from the United Nations Security Council.

As the unrest and killings escalate in the troubled Arab state, agents from MI6 and the CIA are already in Syria assessing the situation, a security official has revealed.

They want to know about weapons and communications kit rebel forces will need if the Government decides to help.

“MI6 and the CIA are in Syria to infiltrate and get at the truth,” said the well-placed source.

“We have SAS and SBS not far away who want to know what is happening and are finding out what kit dissident soldiers need. Syria will be bloodiest yet, Daily Star  (emphasis added)

nsnbc international is a daily, international online newspaper, established on 25 February 2013. nsnbc international is independent from corporate, state or foundation funding and independent with regards to political parties. nsnbc international is free to read and free to subscribe to, because the need for daily news, analysis and opinion, and the need for independent media is universal. The decision to make nsnbc international freely available was made so all, also those in countries with the lowest incomes, and those inflicted by poverty can access our daily newspaper. To keep it this way, however, we depend on your donation if you are in a position to donate a modest amount whenever you can or on a regular basis. Besides articles from nsnbc's regular contributors and staff writers, including nsnbc editor and founder Christof Lehmann, it features selected articles from other contributors through cooperation with media partners such as Global Research, The 4th Media, AltThaiNews Network and others.
View all posts by nsnbc international →
This entry was posted in Europe, Middle East, News and tagged center for research on globalization, CIA, global security, imperialism, insurgency, MI6, michel chossudovsky, Middle East, nsnbc, nsnbc-nsnbc, sas, special forces, subversion, Syria, UK, unconventional warfare, USA. Bookmark the permalink.