Libya, No Bread But Guns.

Posted on November 10, 2011 by christoflehmann

The most highly developed nation on the African continent has fallen into such disarray that its citizens are starving. On Wednesday, armed militia were confronting the new Prime Minister of Libya, Abdurrahim el-Keib, demanding back-payment and guarantees for employment (1). The Prime Minister of what was the most rich and developed nation of Africa is confronted by weapons and megaphone wielding mercenaries who demand money and jobs. Not only did eight months of NATO bombing and fierce battles destroy most of the country´s infra structure, the social fabric of the country is destroyed too. Again and again nsnbc receives reports from individuals in Libya who report about lack of basic foods, necessary for survival. Tens of thousands of small businesses are destroyed, and many have lost the means of providing for their families.

El-Keib and the so called “interim government” are in a desperate race against time to control the tens of thousands of arms that have been distributed by either side of the conflict, and check posts are established throughout Libya in an attempt to disarm a population that is hostile to the government that has called the bombs and invasion of mercenaries upon them. Even though no more major battles like that in Sirte are fought, it is obvious that Libya is a powder keg, ready to explode at any time. 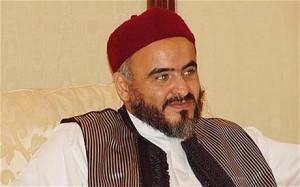 A so called moderate Islamic party is being created, backed by Turkey. The Libyan cleric Ali Al-Sallabi, who spent eight years in the Abu Salim prison announced the establishment of a new political party. The Telegraph describes Al-Sallabi as a figurehead of Libya´s Islamic movement. According to the telegraph and Al-Sallabi, the party has agreed on a provisional manifesto, and has gained the support of the country´s most important political and religious leaders (2) . What The Telegraph misses to report about is why Al-Sallabi has spent eight years in prison. Is he as innocent as the notorious Abdelhakim Belhadj, who morphed from leader of the Al Qaeda associated Libyan Islamic Fighting Group into the commander of the Tripoli Military Counsel. According to Al-Sallabi it is expected that this so called moderate Islamic party will gain massive political support.

Democracy and pluralism, Libya Style. On a daily basis nsnbc receives reports of arrests and torture of anyone under suspicion to be supportive of the ousted Libyan government. Numerous checkpoints in all major cities as well as throughout the country side are the scenes of arrests of any one under suspicion to oppose the new government, and any one under suspicion to support the resistance. Before Al-Sallabi´s Islamic Party can win massive popular support, it will have to deal with a population that is everything but welcoming the rulers who have been and still are unleashing terror upon them. Pluralism Libya Style means; Murder, torture and imprison as many of those who could actively oppose those candidates and parties that are sanctioned and supported by the new colonial masters; do it fast; and most importantly, before any election. When the rest of the population is sufficiently desperate and intimidated, call for an election. The presence of troops from Qatar, the United Arab Emirates, and numerous other nations is felt throughout the country. According to numerous eyewitness reports, foreign troops take part in the policy of arrest of any one under suspicion to be opposed to the new government.

The resistance in Libya is continuing it´s fight for the liberation of Libya, and it seems to be a matter of principle. Even though the actual liberation may have become a goal that only could be achieved after years of struggle, it has all possible reasons to resist the continued plunder of the country. Fighting continues throughout Libya. All though not on the scale of major battles, it is reported from throughout the country. The resistance seems to re-organize and consolidate. Both, the resistance, and those who want to enforce a new government are in a race against time. The new rulers urgently need to change the demographics of Libya before they can risk elections, while the administration of the country is in utter disarray. The resistance probably needs to consolidate and achieve a function by which it can communicate to the masses. The masses are increasingly confronted with a desolate situation where even basic food items become rare commodities.

One needs to remember that the African Parliament documented that NATO illegally restricted deliveries of basic food to Libya. One can not resist questioning the grotesque possibility that food has become a weapon of war in what formerly was the African nation with the highest standard of living. If so one ought to ask El-Keib, Al-Sallabi, and their likes, who are calling for an Islamic Republic, if they find the strategy consistent with sharia and the humanitarian principles enshrined in Islam

Christof Lehmann is the founder and senior editor of nsnbc. Christof Lehmann is a political writer, psychologist, and independent political consultant on a wide range of issues, including conflict and conflict resolution, negotiations, security management, crisis management. His articles are published widely in international print and online media and he is a frequent contributor to radio and TV programs. He is a lifelong advocate for human rights, peace and international justice and the prosecution of war crimes - also those committed by privileged nation. In September 2011 Christof Lehmann started the blog nsnbc in response to what he perceived as an embargo on truth about the conflict in Libya and Syria. In 2013, he plans to transform nsnbc into an independent, daily, international online newspaper.
View all posts by christoflehmann →
This entry was posted in Africa, News and tagged African Parliament, Al-Sallabi, christof lehmann, Dr. Christof Lehmann, El-Keib, Human Rights, Libya, libyan resistance, NATO, No Bread But Guns, nsnbc, nsnbc-nsnbc, NTC, Occupation of Libya, TNC, Torture, Tripoli. Bookmark the permalink.
Loading Comments...
%d bloggers like this: