Disaster Capitalism swoops over Libya: The New Colonization of Africa

Posted on October 31, 2011 by nsnbc international 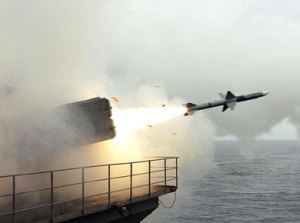 Think of the new Libya as the latest spectacular chapter in the Disaster Capitalism series. Instead of weapons of mass destruction, we had R2P, short for “responsibility to protect”. Instead of neo-conservatives, we had humanitarian imperialists.

But the target is the same: regime change. And the project is the same: to completely dismantle and privatize a nation that was not integrated into turbo-capitalism; to open another (profitable) land of opportunity for turbocharged neo-liberalism. The whole thing is especially handy because it is smack in the middle of a nearly global recession.

It will take some time; Libyan oil won’t totally return to the market within 18 months. But there’s the reconstruction of everything the North Atlantic Treaty Organization (NATO) bombed (well, not much of what the Pentagon bombed in 2003 was reconstructed in Iraq …).

Anyway – from oil to rebuilding – in thesis juicy business opportunities loom. France’s neo-Napoleonic Nicolas Sarkozy and Britain’s David of Arabia Cameron believe they will be especially well positioned to profit from NATO’s victory. Yet there’s no guarantee the new Libyan bonanza will be enough to lift both former colonial powers (neo-colonials?) out of recession.

President Sarkozy in particular will milk the business opportunities for French companies for all they’re worth – part of his ambitious agenda of “strategic redeployment” of France in the Arab world. A compliant French media are gloating that this was “his” war – spinning that he decided to arm the rebels on the ground with French weaponry, in close cooperation with Qatar, including a key rebel commando unit that went by sea from Misrata to Tripoli last Saturday, at the start of “Operation Siren”.

Well, he certainly saw the opening when Muammar Gaddafi’s chief of protocol defected to Paris in October 2010. That’s when the whole regime change drama started to be incubated.

As previously noted (see “Welcome to Libya’s ’democracy’”, Asia Times Online, August 24) the vultures are already circling Tripoli to grab (and monopolize) the spoils. And yes – most of the action has to do with oil deals, as in this stark assertion by Abdeljalil Mayouf, information manager at the “rebel” Arabian Gulf Oil Company: “We don’t have a problem with Western countries like the Italians, French and UK companies. But we may have some political issues with Russia, China and Brazil.”

These three happen to be crucial members of the BRICS group of emerging economies (Brazil, Russia, India, China and South Africa), which are actually growing while the Atlanticist, NATO-bombing economies are either stuck in stagnation or recession. The top four BRICs also happen to have abstained from approving UN Security Council resolution 1973, the no-fly zone scam that metamorphosed into NATO bringing regime change from above. They saw right through it from the beginning.

To make matters worse (for them), only three days before the Pentagon’s Africom launched its first 150-plus Tomahawks over Libya, Colonel Gaddafi gave an interview to German TV stressing that if the country were attacked, all energy contracts would be transferred to Russian, Indian and Chinese companies.

So the winners in the oil bonanza are already designated: NATO members plus Arab monarchies. Among the companies involved, British Petroleum (BP), France’s Total and the Qatar national oil company. For Qatar – which dispatched jet fighters and recruiters to the front lines, trained “rebels” in exhaustive combat techniques, and is already managing oil sales in eastern Libya – the war will reveal itself to be a very wise investment decision.

Prior to the months-long crisis that is in its end game now with the rebels in the capital, Tripoli, Libya was producing 1.6 million barrels per day. Once resumed, this could reap Tripoli’s new rulers some US$50 billion annually. Most estimates place oil reserves at 46.4 billion barrels. 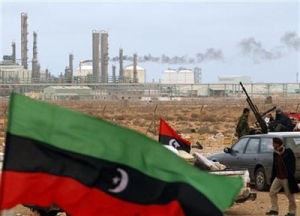 After a Libyan “rebel” official warned that Chinese oil companies could lose out after the ousting of Muammar Gaddafi, China urged Libya to protect its investments and said their oil trade benefited both countries.

The “rebels” of new Libya better not mess with China. Five months ago, China’s official policy was all ready to call for a ceasefire; if that had happened, Gaddafi would still control more than half of Libya. Yet Beijing – never a fan of violent regime change – for the moment is exercising extreme restraint.

Wen Zhongliang, the deputy head of the Ministry of Trade, willfully observed, “Libya will continue to protect the interests and rights of Chinese investors and we hope to continue investment and economic cooperation.” Official statements are piling up emphasizing “mutual economic cooperation”.

Last week, Abdel Hafiz Ghoga, vice president of the dodgy Transitional National Council (TNC), told Xinhua that all deals and contracts agreed with the Gaddafi regime would be honored – but Beijing is taking no chances.

Libya supplied no more than 3% of China’s oil imports in 2010. Angola is a much more crucial supplier. But China is still Libya’s top oil customer in Asia. Moreover, China could be very helpful in the infrastructure rebuilding front, or in the technology export – no less than 75 Chinese companies with 36,000 employees were already on the ground before the outbreak of the tribal/civil war, swiftly evacuated in less than three days.

The Russians – from Gazprom to Tafnet – had billions of dollars invested in Libyan projects; Brazilian oil giant Petrobras and the construction company Odebrecht also had intrests there. It’s still unclear what will happen to them. The director general of the Russia-Libya Business Council, Aram Shegunts, is extremely worried: “Our companies will lose everything because NATO will prevent them from doing business in Libya.”

Italy seems to have passed the “rebel” version of “you’re either with us or without us”. Energy giant ENI apparently won’t be affected, as Premier Silvio “Bunga Bunga” Berlusconi pragmatically dumped his previous very close pal Gaddafi at the start of the Africom/NATO bombing spree.

ENI’s directors are confident Libya’s oil and gas flows to southern Italy will resume before winter. And the Libyan ambassador in Italy, Hafed Gaddur, reassured Rome that all Gaddafi-era contracts will be honored. Just in case, Berlusconi will meet the TNC’s prime minister, Mahmoud Jibril, this Thursday in Milan.

Bin Laden to the rescue

Turkey’s Foreign Minister Ahmet Davutoglu – of the famed “zero problems with our neighbors” policy – has also been gushing praise on the former “rebels” turned powers-that-be. Eyeing the post-Gaddafi business bonanza as well, Ankara – as NATO’s eastern flank – ended up helping to impose a naval blockade on the Gaddafi regime, carefully cultivated the TNC, and in July formally recognized it as the government of Libya. Business “rewards” loom.

Then there’s the crucial plot; how the House of Saud is going to profit from having been instrumental in setting up a friendly regime in Libya, possibly peppered with Salafi notables; one of the key reasons for the Saudi onslaught – which included a fabricated vote at the Arab League – was the extreme bad blood between Gaddafi and King Abdullah since the run-up towards the war on Iraq in 2002.

It’s never enough to stress the cosmic hypocrisy of an ultra-regressive absolute monarchy/medieval theocracy – which invaded Bahrain and repressed its native Shi’ites – saluting what could be construed as a pro-democracy movement in Northern Africa.

Anyway, it’s time to party. Expect the Saudi Bin Laden Group to reconstruct like mad all over Libya – eventually turning the (looted) Bab al-Aziziyah into a monster, luxury Mall of Tripolitania.

nsnbc international is a daily, international online newspaper, established on 25 February 2013. nsnbc international is independent from corporate, state or foundation funding and independent with regards to political parties. nsnbc international is free to read and free to subscribe to, because the need for daily news, analysis and opinion, and the need for independent media is universal. The decision to make nsnbc international freely available was made so all, also those in countries with the lowest incomes, and those inflicted by poverty can access our daily newspaper. To keep it this way, however, we depend on your donation if you are in a position to donate a modest amount whenever you can or on a regular basis. Besides articles from nsnbc's regular contributors and staff writers, including nsnbc editor and founder Christof Lehmann, it features selected articles from other contributors through cooperation with media partners such as Global Research, The 4th Media, AltThaiNews Network and others.
View all posts by nsnbc international →
This entry was posted in Africa, Opinion, Politics and tagged African Affairs, Colonialism, Disaster Capitalism, Disaster Capitalism swoops over Libya, Escobar, libyan war, neo-colonialism, nsnbc, nsnbc-nsnbc, Pepe Escobar, The New Colonization of Africa, war on libya. Bookmark the permalink.
Loading Comments...
%d bloggers like this: