Posted on October 29, 2011 by nsnbc international

The African Union (AU) has been seriously criticized by the Pan African Parliament (PAP). After the AU assisted in passing the UN resolutions that were abused by NATO and allied countries like Qatar to initiate the war that has devastated Libya under humanitarian pretexts, it also utterly failed to stop NATO´s aggression. After being criticized by the PAP earlier this months the AU is increasingly being blasted by PAP members for it´s failure to represent African and Libyan interests. The PAP critizism of the AU how ever, looks most like an attempt to cover it´s own failure to act on behalf of Africa. By Dr. Christof Lehmann

At a meeting of the Pan African Parliament (PAP) on 11 October (1), Hon Charumba informed the PAP that a fact finding mission for Tunisia and Libya had noticed that thousands of civilians had been killed as a result of NATO´s bombings, and that the report of the fact finding mission strongly indicates that NATO deviated from the original objective of the United Nations Security Counsel to protect civilians.

The fact finding team also observed that NATO blocked shipments of food, medicine, fuel, and other items exempt from the UN embargo. Charumba emphasized that UNSC Resolutions 1970 and 1973/2011 exempted basic food items, medicines, medical equipment, material for local education institutions and financial grants for students abroad. The fact finding team also observed that there was an acute shortage of fuel, that infrastructure had been destroyed, and that a large number of refugees were fleeing the country. The report noted that the food shortages had worsened during the crisis and that telecommunications have been seriously damaged. The report also noted that several pupils and students were suffering from psychological distress caused by the conflict. Charumbira noted that blacks were being targeted and subject to torture, after being mistaken for mercenaries hired by the ousted Muammar Ghadafi.

Considering the fact that tens of thousands of black Africans have been massacred in Libya, and given the fact that entire cities like Sirte have been utterly devastated, given the fact that NATO has criminally abused a UNSC Resolution for implementing colonial ambitions by war, the language of the report was very restrained, but could be understood within the context of normal diplomatic language. When Charumbira, who lead the fact finding mission, follows up on the critique by saying that “the team further noticed that although Ghadafi supporters had lost control of all major towns, they still pose a threat” he is dancing a diplomatic tip toe, that is symptomatic for a lack of African Unity and Solidarity.

The report stated also, that the delegation had observed that the fall of the Libyan Government had created conditions for the emergence of divisions on the basis of religious ideology, and cited the influence of groups like the Libyan Islamic Fighting Group and Al Qaeda in the Islamic Mahgreb region. Charumbira warned that failure to establish an all inclusive government, that would include Ghadafi loyalists could lead to revenge attacks.

The PAP delegation recommended an immediate cessation of hostilities in conformity with the African Union Road Map and called on the NTC to begin negotiations to form an inclusive government so Libyans could decide their own future. The mission also proposed that the PAP should be involved in national reconstruction and in fostering national unity, preserving the integrity of Libyan citizens, and co-operate with relevant organizations to ensure the protection of migrant workers.

Finally, in a hint of much needed self critique, the missions report suggested that the PAP should, in future, respond in a timely manner to events and conflicts on the continent, stating that the PAP mission arrived in Tripoli three months after the conflict escalated, yet missions from the United States had arrived within days of the conflict. Particularly the last point of self critique is one of the best diplomatic lingual artistries heard for a long time. If US missions were in Tripoli days after the conflict began it is most likely so, because both the PAP and AU failed to identify or stop the USA´s and NATO´s colonial project in Libya. 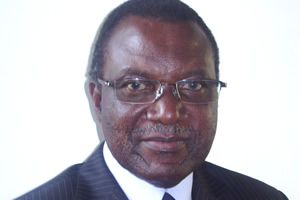 When the Pan African Parliament and it´s members “blast” the African Union is is a syndrome that cripples both; years of Inter-African rivalry and failure to work towards a United Africa that stands in solidarity against all forms of colonialism.

nsnbc international is a daily, international online newspaper, established on 25 February 2013. nsnbc international is independent from corporate, state or foundation funding and independent with regards to political parties. nsnbc international is free to read and free to subscribe to, because the need for daily news, analysis and opinion, and the need for independent media is universal. The decision to make nsnbc international freely available was made so all, also those in countries with the lowest incomes, and those inflicted by poverty can access our daily newspaper. To keep it this way, however, we depend on your donation if you are in a position to donate a modest amount whenever you can or on a regular basis. Besides articles from nsnbc's regular contributors and staff writers, including nsnbc editor and founder Christof Lehmann, it features selected articles from other contributors through cooperation with media partners such as Global Research, The 4th Media, AltThaiNews Network and others.
View all posts by nsnbc international →
This entry was posted in Africa, News, Politics and tagged Africa, African Affairs, african union, AU, christof lehmann, Colonialism, covering it´s own Failures, Dr. Christof Lehmann, Libya, libyan war, nsnbc, nsnbc-nsnbc, Pan African Parliament, PAP, PAP blasts AU over Libya, PAP Fact Finding Mission, United Nations, UNSC. Bookmark the permalink.