Libya, the Calm before the next Storm.

Posted on October 29, 2011 by christoflehmann

Similarity to The Roman Empire

On 31 October NATO ends Operation Unified Protector. In retrospect, that what is now widely perceived as the nearing end of the Libyan War, will most likely be perceived as the calm before the next storm. At 23.59 o´clock on 31 October operation Unified protector ends, to be substituted with an aerial and ground war against the Libyan People and Resistance that can and most likely will be fighting the occupation for years. What is proclaimed as a victory and liberation of Libya is nothing but the re-establishment of the Roman Empires small strip of occupation in Northern Africa. Last night fighting continued in Tripoli, Bani Walid, Zintan, Zawaya and throughout Northern Libya. By Dr. Christof Lehmann

The “Libya is Liberated” speech, delivered by TNC leader Jibril in Bengazi (1) was the expected, and according to international law highly dubious pretext for an invitation of 13 nations military forces to continue the fight for the occupation of Libya, when NATO´s UN mandate for Operation Unified protector ends 23.59 o´clock on 31 October. The 13 countries who will deploy military forces to Libya include, not surprisingly, the core NATO members the USA, the UK, and France, and NATO ally Qatar (2), who admittedly has had forces deployed to Libya from the early stages of the war (3). Translated in pragmatic terms it means ” The war that was initiated under the legal cover of an illegal UNSC Mandate is now continued under the equally illegal invitation of foreign military forces by an illegal government to continue the war“.

True, the resistance seems to have lost some of it´s ferocity after the massacres in Sirte, but would any one with some understanding of military strategy expect a well educated, well trained resistance force to gather en mass at staging areas, where they would be like sitting ducks in the shooting gallery of an enemies air forces that has 100 % control over Libyan air space. Would it be expected of them to stage operations from within a city that can be bombed into submission like Sirte(4). Or is it more likely that the resistance re-groups, re-thinks, and applies well tested strategies that can and will provide the best chances of success.

To the apparent “liberation” one has merely to look at the facts on the ground to see that the war on Libya, even the conquest of Northern Libya has been far from successful. Both yesterday and throughout the night, the International Airport of Libya was under attack from the resistance. Heavy fighting and several massive explosions shattered the calm of night in several areas of Tripoli. In Zintan several “rebel” fractions who have so far been fighting for NATO and the TNC seem to have realized that they have brought nothing but destruction and occupation to their country. Though still unconfirmed, there is an overwhelming likelihood for the report being legitimate. The resistance in Bani Walid continues. While front lines, due to the horrendous characteristics of urban warfare can change from one minute to the other, the resistance is reportedly strong, both inside Bani Walid, and in the surrounding districts.

History, though constantly in the making, is repeating itself. The factors that drove the expansion of the Roman Empire into Northern Africa and Libya are similar to those of NATO and the European Union and the ambition to create the Mediterranean Alliance. The colonial projects have striking similarities (5). The similarities are even more easily recognized, when comparing a map of the Roman Empire with a map over areas that are predominately under respectively the new colonial and the Libyan Resistance´s control. 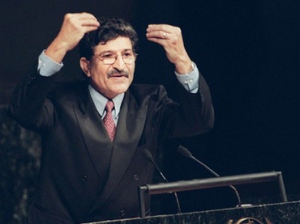 And what “liberation” is it that has been proclaimed by Jalil. It can hardly be the liberation of women. An article by life long peace activist and womens rights advocate Susan Lindauer provides a good example of that aspect of the advertised liberation (6). Or is it the so called “democratic right” to gather, and to freely express opinion in demonstrations. If so, then how can it be that a demonstration of over 3.000 anti NATO and pro-Ghadafi protesters where shot at by the “liberators” in Zawaya”. Is the fact that the former Libyan prime Minister and UN Ambassador Abuzed Omar Dorda is suffering several broken ribs and bones after a “fall out of a second floor window” to be understood as the brand of respect for justice that is to be expected in the liberated Libya. Dorda is currently held in a Tripoli prison, fearing life imprisonment (7). Others, like the author of this article fear that the fear for life imprisonment may be short lived, and fear for Dorda´s assassination.

The end of Operation Unified Protector 23.59 o´clock Libyan time on 31 October, and the time up to the implementation of both the aggressors new strategy and the resistance adaptation to the new threat are most likely the calm before the next coming storm in a serious of colonial storms and onslaughts that have battered Libya and Northern Africa ever since the establishment of the first empires.

Christof Lehmann is the founder and senior editor of nsnbc. Christof Lehmann is a political writer, psychologist, and independent political consultant on a wide range of issues, including conflict and conflict resolution, negotiations, security management, crisis management. His articles are published widely in international print and online media and he is a frequent contributor to radio and TV programs. He is a lifelong advocate for human rights, peace and international justice and the prosecution of war crimes - also those committed by privileged nation. In September 2011 Christof Lehmann started the blog nsnbc in response to what he perceived as an embargo on truth about the conflict in Libya and Syria. In 2013, he plans to transform nsnbc into an independent, daily, international online newspaper.
View all posts by christoflehmann →
This entry was posted in Africa, Opinion and tagged African Affairs, Bani Walid, christof lehmann, Dr. Christof Lehmann, fighting in tripoli, global security, international security, Jalil, Libya, Libya Liberated, libyan resistance, libyan war, mediterranean alliance, NATO, northern africa, nsnbc, nsnbc-nsnbc, NTC, Qatar, Roman Empire, Sirte, the Calm before the next Storm, TNC, Tripoli, Unified Protector. Bookmark the permalink.

2 Responses to Libya, the Calm before the next Storm.