Posted on October 24, 2011 by christoflehmann

At the International Security Conference (ISC) in Munich, 2007, Vladimir Putin warned western leaders, that the unprecedented aggressive expansion of NATO has brought the world more close to a third world war than it has ever been before. This stern warning came years before NATO´s aggression against Libya and it´s undeclared war in Syria and Pakistan. Following the recent deployment of US troops to Uganda, and military threats directed against Pakistan, the armed forces of NATO, Russia and China have never been as close to open and all out conflict as today. A recent and sobering report of the Russian Intelligence Service FSB, details the fact that the USA and NATO are currently planning and actively preparing for all out war on all continents. After the recent meeting between Russian P.M. Vladimir Putin and Chinese President Huan Jintao, both Russian and Chinese military forces have been placed on highest alert.             By Dr. Christof Lehmann

The speech of Russian President Vladimir Putin at the 43rd International Security Conference in Munich in 2007, and Putin´s statement, that the aggressive expansionism of NATO has brought the world more close to a third world war than it has ever been before, was sobering in 2007. That an all out conflict has been prevented until now however, is not based on the fact that NATO has changed it´s aggressive policy of military expansionism. Putin´s speech from 2007 was sobering then, and few understood it´s full implications. The developments of recent months, however, are eliciting the urgent need to stop a cycle of aggression that can only be described as megalomaniacs insanity.

Since the middle of September 2011 Russian politicians at Russia´s State Duma began discussing that NATO must significantly reduce it´s military footprint in the former Soviet Republics. By early October, those calls had developed into demands that Russia should assert it´s interests in the former Soviet republics, and especially in the South. Since the discontinuation of the USSR, and NATO´s war on Afghanistan, it has significantly increased it´s military footprint in Russian and Chinese neighbor states such as Kazakhstan, Uzbekistan, Kyrgyzstan, and not least in Georgia. The fact that Russian and NATO troops came into open armed conflict when Georgi attacked Ossetia, and not least the US backed armed insurgency in Chechnya are eliciting the fact that Russia is increasingly threatened. A clear response by Vladimir Putin to the State Duma´s demands for policy changes came on 3 October, after Putin had received the sobering Intelligence Report, that warned of US and NATO preparations of a global war. On 3 October, only days before his meeting with Jintao, Putin announced his plans for a Eurasian Union.

When Russia´s Prime Minister, and most likely winner of the next presidential elections, Vladimir Putin, met Chinese President Huan Jintao on 12 October, the official narrative elicited mutually beneficial friendship and treaties, trade and other relations. The most important reason for the sudden visit however, did not make the headlines. Before leaving for Beijing, Putin received a sobering report from the Russian Intelligence Service FSB. The FSB report to Vladimir Putin supported reports from the Chinese Intelligence Service and China´s Ministry of State Security, MSS, which were among other based on intelligence received via the former Blackwater operative Brian Underwood. Underwood is currently held in the US on charges of espionage. According to reliable sources, China has attempted to warn Russia of US and NATO plans to initiate a global armed conflict. This conflict has reportedly moved from the drawing board to an activation stage.

According to both Chinese and Russian Intelligence Sources, the US and NATO plans include among other, the deliberate implosion of the US- and EU Economies, destroying the worlds financial systems, and the launching of a massive conventional war throughout North America, Africa and Asia, as well as the Middle East. The war plans include the release of biological warfare agents designed to kill millions if not billions of people. The NATO strategists rely on their ability to sue for peace when the coming conflict is at it´s highest, to call for the establishment of a “New World Order” under the pretext of preventing the destruction of the planet and civilization as we know it. One of the preparatory stages was reportedly doctrinal and strategy changes wherein the training of it´s soldiers shifted from counter insurgency to more conventional warfare and tank on tank battles.

The FSB Report states that the activation of the conflict is to be expected sooner rather than later, since the US and NATO have pre-deployed 2000  M1 Abrams Battle Tanks in Iraq, and another 2000 in Afghanistan. In the area between the Middle East and Asia, tens of thousands of other armored vehicles are deployed. The FSB evaluates the situation as so threatening, that it explains in it´s report, that the only thing needed to activate the war plan is a call for the full mobilization of 1.5 Million US Reserves. Their activation can come at moments notice, and needs no further authorization by the US Congress.

The US plans for global dominance date back to as early as 1998 and the “Project for a New American Century, PNAC“. One of the think tanks members, former US Secretary of Defense, Donald Rumsfeld, warned in September 2001, that if the war fails to significantly alter the worlds geopolitical map, the US will not achieve it´s aim to become the worlds only ad dominant superpower.

The war on Iraq was not only based on co-opting it´s oil. One of the main driving factors behind the decision to topple the Iraqi government was, that Iraq had begun trading the nations oil in Euro and not US-Dollar. The driving factors behind the aggression against Libya was the fact that Libya blocked for the development of the Mediterranean Alliance, lobbied for the establishment of a Pan-African, gold backed currency, and that it had supported the now ousted Laurent Gbagbo in Ivory Coast in his attempt to get Ivory Coast out of the CFA agreement. The CFA is a French Controlled currency used in eight African states, and France´s control over the CFA is one of the major supports of the French economy. The only country that so far has succeeded to withdraw from the US Dollar is Iran, that ended all trade of oil in US-Dollars in 2009. One of the reasons why Iran has not yet been attacked may be the fact that it has acquired a number of X-55 missiles with nuclear capabilities from the Ukraine. Russian Intelligence analysts how ever, generally perceive it as extremely unlikely that Ukraine did not deliver the nuclear warheads together with the missiles. Another reason why Iran has not yet been attacked may be it´s current support of NATO´s narrative of a popular revolution in Libya. Why precisely Iran is playing this dangerous diplomatic game is puzzling many analysts. It may be that Iran, knowing about the US and NATO war plans, would perceive the tying down of NATO forces in Northern Africa as a short lived insurance policy that can buy much needed time to prepare a defense against an anticipated attack. 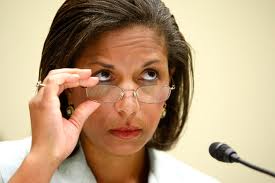 Both China and Russia are outraged by NATO´s unprecedented abuse of UNSC Resolution 1973 and NATO´s war on Libya. Both the Russian and the Chinese veto of a resolution on Syria must be seen within the context of Russian and Chinese awareness of US and NATO plans to initiate a global war. The fact that the highest US Representative to the UN Susan Rice left the Security Counsel meeting in protest after the veto is not a sign of diplomacy being the modus for solving problems of global security either.

Recently the government of Pakistan agreed to let 20.000 Chinese troops to enter the Pakistan administrated part of Kashmir to counter the expected US and NATO aggression. Afghanistan has is signaling that it would be fighting along side Pakistan in case Pakistan would be attacked by the USA or NATO. Both China, Russia, Pakistan and Afghanistan discussed pressing security matters at the Shanghai Cooperation Organization on 15 October. Most likely, the US and NATO preparations of an all out confrontation with Russia and China have been a central point of consideration in meetings behind the scenes. When the Russian Military was ordered on high alert, Vladimir Putin reportedly instructed high ranking military personnel to “Prepare for Armageddon“.

If the clock was 5 minutes to midnight in 2007, what time is it today. And will the people live up to their responsibility as citizens, to stop criminal governments. Failure to do so, may be failure to save ones own life and civilization as we know it.It is in deed high time that peace loving people throughout the world begin protesting against the mass murder that is planned against them, and support initiatives like those of former Malaysian Prime Minister Dr. Tun Mahatir Muhammad, to criminalize war.

On the Criminalization of War.

Christof Lehmann is the founder and senior editor of nsnbc. Christof Lehmann is a political writer, psychologist, and independent political consultant on a wide range of issues, including conflict and conflict resolution, negotiations, security management, crisis management. His articles are published widely in international print and online media and he is a frequent contributor to radio and TV programs. He is a lifelong advocate for human rights, peace and international justice and the prosecution of war crimes - also those committed by privileged nation. In September 2011 Christof Lehmann started the blog nsnbc in response to what he perceived as an embargo on truth about the conflict in Libya and Syria. In 2013, he plans to transform nsnbc into an independent, daily, international online newspaper.
View all posts by christoflehmann →
This entry was posted in Asia, Europe, Middle East, News, Northern America, World and tagged China, Chinese Military on Alert, christof lehmann, Dr. Christof Lehmann, global war, huan jintao, international security, Jintao, NATO prepares war, nato war plans, nsnbc, nsnbc-nsnbc, Putin, Russia, Russian Military on Alert, Vladimir Putin, world war. Bookmark the permalink.