Libya Day of Protest while War Spreads into Tunisia and Algeria.

Posted on October 14, 2011 by christoflehmann 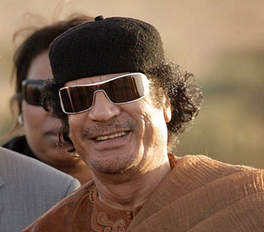 In his most recent address to the Libyan People, Muammar Ghadafi encouraged Libyans to protest NATO´s aggression and the TNC. For today, Friday, the Legitimate Libyan Government has called for nation wide demonstrations. Throughout the day and night there was heavy fighting in several Libyan Cities. Since nsnbc´s report on 3 October that Algerian Tribes are entering the war for Libyan Liberation, the most recent developments support that the war on Libya is spreading to Algeria and Tunisia. The world is waiting in anticipation of todays events.                      by Dr. Christof Lehmann

3. October nsnbc reported that French Ambassador to Algeria Xavier Driencourt made preparations for an emergency evacuation of the French Embassy, and that Algerian Tribes were entering the war for Libyan war. Tonight nsnbc received confirmed reports that there had been heavy clashes in the border region between Tunisia and Libya. As Tripoli becomes increasingly unstable and the campaign against Sirte is stalling one time after the other, Tunisia has gained logistical importance for resupplying TNC fighters and material for the Sirte Offensive.

The response of Tunisian tribes was to increase their amount of attacks on TNC and NATO convoys headed for the Libyan border. Again last night, two convoys were intercepted, and the TNC fighters attacked and forced to return. TNC fighters in Tunisia, heading for Zuwaiya, terrorized a Tunisian village, took down and burned a Tunisian Flag, which resulted in the population taking up arms against the TNC fighters, killing a dozen of them, while some escaped. Several analysts with knowledge about Tunisian and Tribal matters reported to nsnbc, that last nights events are bound to increase militarized responses to TNC presence in Tunisia. 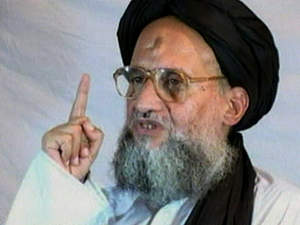 Al Qaeda leader Ayman Al-Zawahiri has yesterday called on Al Qaeda to widen the Libyan war, and to attack the Algerian Government. Al-Zawahiri was the first Al Qaeda leader to officially declare the Libyan Islamic Fighting Group a member of Al Qaeda. Knowing that Al Qaeda is a mainly CIA managed network of mercenaries, and that the LIFG has been Al Qaeda associated for decades, it is not unlikely that Al-Zawahiri´s statement is the initiator of a US Campaign to destabilize the Algerian Government, as nsnbc expected to happen at the beginning of October. Like the Ivory Coast under Laurent Gbagbo, and Libya governed by Muhammar Ghadafi, Algeria is one of the North and West African nations, that is one of the strongest obstacles for NATO´s neo-colonial ambitions. Algeria, like Libya and Ivory Coast when governed by Gbagbo, were working most actively towards a United Africa, and a Pan-African Currency. This weekend, nsnbc will publish an in depth analysis of the African Problem for NATO´s colonial ambitions.

The NATO Narrative of heroic rebels is slowly perforated by alternative media, and even Reuters has to follow suit not to loose it´s remaining credibility, when it reported from Sirte, that those civilians in Sirte who are resisting, are the people of Sirte, whose loved ones had been murdered by foreign fighters and NATO. In spite of the fact that heavy aerial and artillery bombardments and massive attacks resulted in TNC fighters entering Sirte on numerous occasions, the result is invariably heavy losses, as well as retreat. The humanitarian situation inside Sirte is beyond words, and requires an immediate halt to the fighting, and humanitarian relief. As reported yesterday, it seems that the TNC and NATO are desperate to register at least one victory while public criticism of NATO´s war on Libya is increasing. That the fall of one city as Sirte would break the Libyan Peoples will and ability to resist, however, would be a gross misjudgment.

In the strategically significant Central Saharan city Sabah fighting between TNC and Libyan Forces continues. An estimated 25 % of Sabah are controlled by TNC Fighters, who are isolated from new supplies and reinforcements. Fighting also continues in Bani Walid, Bengazi and Tripoli, Tobruk. While the TNC continues to fall into a state of utter chaos, there are reports of situations throughout Northern Libya, where TNC fighters from different fractions are fighting over new supplies of weapons and ammunitions.

Tonight spokespersons for the Libyan Government repeatedly, and via multiple available channels called on the Libyan Population to come out into the streets in numbers and demonstrate against NATO´s aggression and the presence of the TNC and it´s foreign fighters. Main stream Western media have largely ignored these calls. Two days ago, demonstrations in Tripoli were violently dispersed when TNC fighters as well as NATO helicopters opened fire into several groups of protesters, killing dozens. Libyans how ever, are acutely aware of the fact that they currently have nothing to loose and everything to win, and continued NATO and TNC atrocities will only aggravate those who may still be passive.

The legitimate Libyan Government is also calling upon the Libyan People, as far as possible to leave areas that are under TNC control to avoid unnecessary civilian casualties, and declared all houses with national or regional TNC offices legitimate targets to be burned or destroyed. In numerous cities this call was headed, and local TNC representatives have been forced to leave. The world is waiting in expectation of what will manifest in Libya today, and the People of Libya are waiting in expectation asking weather people in NATO countries and around the world will demonstrate their solidarity. On closing of this article, nsnbc receives a report that demonstration in Tripoli and throughout Libya have begun, and people turn out in the streets waving green flags, protesting the war that has been forced on them by NATO.

DEMONSTRATIONS IN LIBYA HAVE BEGUN

Christof Lehmann is the founder and senior editor of nsnbc. Christof Lehmann is a political writer, psychologist, and independent political consultant on a wide range of issues, including conflict and conflict resolution, negotiations, security management, crisis management. His articles are published widely in international print and online media and he is a frequent contributor to radio and TV programs. He is a lifelong advocate for human rights, peace and international justice and the prosecution of war crimes - also those committed by privileged nation. In September 2011 Christof Lehmann started the blog nsnbc in response to what he perceived as an embargo on truth about the conflict in Libya and Syria. In 2013, he plans to transform nsnbc into an independent, daily, international online newspaper.
View all posts by christoflehmann →
This entry was posted in Africa, News and tagged algeria, battle for Sirte, christof lehmann, Dr. Christof Lehmann, Libya, Libya Day of Protest, LIBYA DEMONSTRATIONS, lIBYA PROTEST, libyan war, muammar ghadafi, NATO, nsnbc, nsnbc-nsnbc, protests in libya, Sirte, TNC, Tripoli, TRIPOLI DEMONSTRATIONS, TUNISIA. Bookmark the permalink.

9 Responses to Libya Day of Protest while War Spreads into Tunisia and Algeria.