Posted on October 10, 2011 by christoflehmann 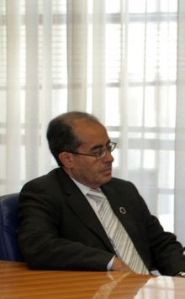 A massive storm on Sirte resulted in the brief occupation of a University Campus and Hospital in the South Eastern Suburbs. After the battle raged back and forth all day, a massive counter attack that left 200 TNC-fighters dead and countless wounded was enough for Mahmud Jibril, who is pulling “the fighters with allegiance to him” out of the battle, calling “the death of over 200 fighters for a one minute Al Jazeera Victory senseless“. Jibril´s decision is one more example that the NATO Narrative is discredited and  of the inherent instability and infighting of the NATO proxy regime. The Libyan war is grinding into a stall, while the humanitarian crisis continues. by Dr. Christof Lehmann

In war nothing can be taken for granted, and even small changes can lead to catastrophic results, stall mates or victories. Considering the fact that the home town of Muammar Ghadafi has been resisting the onslaught of NATO´s colonial aggression for months brings the classic cartoon “Asterix de le Gaulois” to mind, where a defiant Gall village resisted the onslaught of the Roman Empire. 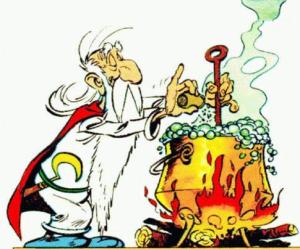 Aterix and the Galls - The Magic Potion of Libyans is the Will to Resist the Colonial Empire.

Even Al Jazeera´s Hollywood Narrative of the attack on Sirte was seriously wounded when the “embedded grand standing” at a freshly captured university campus in the suburbs of Sirte was interrupted with the message “we have to withdraw because there is a massive counter attack coming“. But unlike Asterix, Obelix, and the courageous Galls of the world famous cartoon, neither Muammar Ghadafi nor the fighting military, tribal and popular resistance men have that magic potion that endows them with super human strength. What they have may be even stronger though; the will to resist a colonial empire and it´s army of rack tag rebels and special operations units and NATO´s Air Force. The televised attack on Sirte was defeated. Throughout the day and night Sirte has been under three major and more minor assaults, all of them being resisted. The result of yesterdays fighting, 200 TNC fighters dead, more of them wounded.

A nsnbc source close to the TNC reported tonight at 02.00 GMT that TNC-leader Mahmud Jibril has withdrawn “all fighters with allegiance to him” from the Sirte theater, saying “it was senseless to sacrifice 200 fighters for a one minute Al Jazeera Victory“. Jibril, who recently survived an assassination attempt where seven of his bodyguards were killed is said also to have given the withdrawal order to save his men for an awaiting battle among TNC fractions. According to the same nsnbc source, “an unnamed US Intelligence Agency has approached TNC leaders suggesting the division of Libya into a Northern and Southern state, which would provide the necessary diplomatic context for bringing “UN Peace Keeping Troops” into Libya. nsnbc is currently investigating if any of these propositions are discussed at the African Union.

The war crimes by NATO and the fighters under it´s command responsibility continues, while diplomacy still fails to put an end to the massacres. Before the attack on the University Campus and Hospital in Sirte, a NATO plane bombed a civilian house, killing 22, with 20 others missing.

Near Bani Walid, a convoy of TNC fighters fell into an ambush and took heavy casualties. TNC fighters are in isolated pockets in Bani Walid waiting for reinforcements that don´t come through the Libyan defenses. In Gheryan Libyan forces successfully attacked a military industrial complex that was heavily defended by troops from NATO countries and Qatar. The mission succeeded in destroying key military installations that were used by NATO.

In Bengazi the battle against the heavily entrenched TNC fighters is making a slow progress. One may suspect the Libyan Forces to maintain a relatively passive position, since there is heavy infighting among the surrounded TNC loyal factions inside the city center. According to yet unconfirmed reports there are ongoing negotiations between Libyan Forces and tribal leaders in Bengazi who are ready to change sides in the conflict. 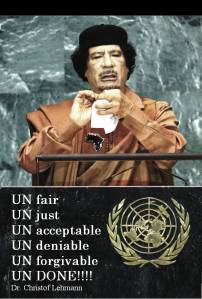 The question remains, if and when a diplomatic initiative will manifest that can bring an end to the appalling humanitarian situation and NATO´s colonial ambitions in Northern Africa. Where is a U.N.-Fact Finding Mission, where is an African Union Observer in Sirte, where are African Leaders with courage to say “enough is enough”. Neither Ghadafi, nor the soldiers and civilians in Sirte have that “Magic Potion of the Galls“. All they have is the will to resist against a war, forced on them under the pretext of saving civilian lives and the hope that Russian, Chinese, and African leaders will realize that failure to end that war is failure to defend their own people and nations.

Christof Lehmann is the founder and senior editor of nsnbc. Christof Lehmann is a political writer, psychologist, and independent political consultant on a wide range of issues, including conflict and conflict resolution, negotiations, security management, crisis management. His articles are published widely in international print and online media and he is a frequent contributor to radio and TV programs. He is a lifelong advocate for human rights, peace and international justice and the prosecution of war crimes - also those committed by privileged nation. In September 2011 Christof Lehmann started the blog nsnbc in response to what he perceived as an embargo on truth about the conflict in Libya and Syria. In 2013, he plans to transform nsnbc into an independent, daily, international online newspaper.
View all posts by christoflehmann →
This entry was posted in Africa, News and tagged African Affairs, african union, attack on sirte, christof lehmann, Dr. Christof Lehmann, Ghadafi, green flag flies, Jibril withdraws TNC-Fighters from Sirte, Libya, libya news, libya update, libyan resistance, libyan war, mahmud jibril, NATO, north africa, nsnbc, nsnbc-nsnbc, nsnbc.wordpress.com, NTC, siege on sirte, Sirte, Sirte 200 Dead for 1 Minute TV Victory, sirte hospital, TNC, Tripoli, withdrawal from sirte. Bookmark the permalink.