Posted on October 7, 2011 by christoflehmann 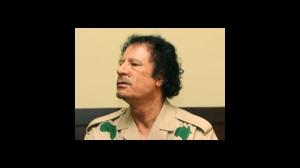 Yesterday evening Muammar Ghadafi addressed the People of Libya and the Political Leaders of the World. While encouraging the Libyan People to continue their defiance against the aggression, Ghadafi issued a stern warning to the nations that recognized the Transitional National Counsel, saying that a Transitional National Counsel can appear in any country, meaning any country on the Anglo American Empires list for future subversions. The tragic humanitarian situation continues and worsens, and civilian casualties mount. In spite of the relentless attacks, more and more of Libya is liberated while TNC “rebels” and special operations troops from the US, Qatar and other register heavy casualties.                           by Dr. Christof Lehmann

Yesterday Muammar Ghadafi addressed the Libyan People as well as political leaders throughout the world. For the people of Libya it was an encouragement to continue resisting, emphasizing that the people should be prepared to endure sacrifices until the NATO aggression and attempted colonization is defeated. In true spirit of the Libyan culture, he said that “honorable people can not be defeated”,  meaning those fighting for a just cause. Ghadafi also stressed the point that the TNC is intrinsically weak because it is split. One more proof of this split came yesterday, when a squad of the Belhadj lead Tripoli Military Counsel aka LIFG made a failed attempt to assassinate Mahmud Jibril. Jibril survived the attempt unharmed, but seven of his body guards were killed. Ghadafi encouraged the Libyan people to be bold, to go out into the streets and peacefully protest against the TNC and it´s abuse of the Libyan people and the country as a whole. After Ghadafi´s address, there were spontaneous demonstrations with  people waving green flags and demanding the TNC to step down in Tripoli, Bengazi, Tobruk, Bani Walid, Sheba and other cities.

Muammar Ghadafi also issued a stern warning to world leaders and countries that have recognized the TNC, saying: ” There will be transitional national counsels imposed upon you and one by one you shall fall“. Ghadafi´s warning should be not only understood in the light of the words of maverick politicians like US Senator John McCain, who recently encouraged the people of Moscow to follow “the Libyan example”. It must also be seen in the light of evidence that clearly demonstrates the US American strategies of unconventional warfare, as in the recent article “The National Counsel of Syria and US Unconventional Warfare”

The Humanitarian situation in Sirte continues to be catastrophic, and so far, non of the international aid organizations has delivered most urgently needed medicines, hospital supplies, or food, while small NGO´s and initiatives from Medical Doctors, Psychologists and volunteer aid workers fail to manifest because they, and the supplies they could provide have no channels for safely entering the country.

In spite of the humanitarian catastrophe, the will to resist against the occupiers among Libyans is unbroken and increasing daily as the full implications of the atrocities committed by NATO, NATO Allies like Qatar, and their rag tack army of mercenaries from various Al Qaeda factions, from Afghanistan, Uzbekistan, and numerous other locations become inescapable for even those who dreamed of singing tomorrows when the Arab Fall still was an Arab Spring.

The question is, why are non of the nations that refuse to recognize the TNC “demanding” the urgent deployment of observers and help organizing the humanitarian relief that would manifest if only there was a safe way in. The editor of nsnbc knows of several of such initiatives, and would facilitate contacts between those who want and can provide much needed aid, and diplomats who would contact us, who would be willing to step up for ending the humanitarian catastrophe.

The military situation on the ground is is as chaotic on the side of the TNC, as is the Transitional national Counsel itself. After the recent walk out of 80 – 90 % of it´s members, a failed attempt on Abdelhakim Belhadj´s life, and yesterdays failed attempt to assassinate Mahmud Jibril, not to speak of the assassination of General Younis, that caused heavy clashes between TNC factions in Bengazi yesterday, the Libyan Military, Tribal Militia, Popular Liberation and International Military Support are achieving significant victories.

After the recent attack on Sirte that was repelled, the city is again solidly fortified, and so much so, that there are increasing numbers of reports that Sirte soon can deploy units to help liberate other parts of Libya. Sirte is regularly bombed from both NATO planes, and yesterday nsnbc received confirmed reports of bombings from French Air Force Drones that are build in Israel. Yesterday numerous civilians were killed when competing rebel factions clashed in Misurata. 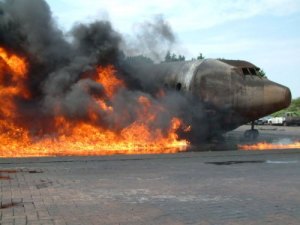 In Bengazi 140 fighters of Al Qaeda factions were killed as a revenge for the murder of General Younis, and after tribal elders recently received video evidence of 200 other murders committed by Al Qaeda Commandos in Bengazi. Also in Bengazi, Libyan Forces stormed an ammunition warehouse of the military from Qatar capturing one officer and 40 troops. After the recent attack on a detachment from the 82nd Airborne at Ras Lanuf that was deployed for securing an oil refinery and pipelines, the casualty number has been published. Over 380 killed soldiers and some were taken prisoners. The 82nd Airborne is based at Ft. Bragg North Carolina. Yesterday in Saba the TNC, and most probably the CIA suffered a heavy defeat when Libyan Forces shot down a Russian made Illushin Transport plane with 200 foreign fighters on board. There are no survivors.The people of Baydah have risen up and demanded the TNC to leave, explaining that they have seen enough of the TNC´s atrocities. In Tobruk, fighting against the TNC continues. Both in Tobruk and Adjdabiyah rebel checkpoints and installations were attacked. The entire province of Jufrah is liberated.

The war in Libya will not end before Libya is liberated from the foreign invasion. It already has begun to involve other North African Nations, whose tribes are perceiving the war on Libya as a war of aggression and colonization of Northern Africa. Even if the war would end soon, nothing would return to “normal”.  While infrastructure can be rebuild, while many wounds can heal, the psychological scars of the children of Libya are likely to determine it´s future developments for decades to come. On a positive note, many African politicians as well as Tribal Elders are slowly but surely becoming acutely aware of their own vulnerability in the presence of an empire that will not relent, unless it is met with resistance.

Translation of Muammar Ghadafi Speech to English, at Libya 360