Posted on October 3, 2011 by christoflehmann

Southern Libya is firmly under control of Libyan and Allied Forces. Fighting continues in Tripoli, North Eastern and North Western Libya. Algerian Tribes have entered what Algerian Tribal Leaders call “The War for the Liberation of Northern Africa“. The Western Corporate Media continue their media blackout while NATO reports of having flown 40 Strike Sorties.             by Dr. Christof Lehmann

nsnbc is trying to bring it´s readers a balanced reporting on the Libyan war, containing both in depth analysis and day to day reports. Yesterday nsnbc received an e-mail from a Libyan expatriate family in Europe, thanking nsnbc for delivering day to day updates about the situation on the ground in Libya. With communication between Europe and Libya being problematic in the best, and rudimentary or non existent in the worst case, our daily reports are often all information families have available that can give at least some indication of the situation of their loved ones. We promised to convey this thank´s to all the other independent media that are covering the conflict. 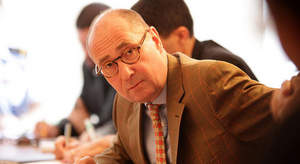 After yesterdays reports of NATO preparations to expand military operations into Algeria, and confirmation that NATO special operations teams have been on the ground in Algeria for considerable time; and after yesterdays reports that French Ambassador to Algeria Xavier Driencourt is preparing for emergency evacuation within a week; nsnbc received confirmed reports that tribes from Algeria have entered the war.

According to reliable sources a series of secret meetings between tribal leaders from Zintan, Libya and Algeria resulted tonight in an agreement that a unified front of tribal militia will enter the war which the call “The War for the Liberation of Northern Africa”. According to the same sources this alliance of tribes is backed by a unified North African Front, including Moroccan Tribes as well as Polisario who is fighting against the Moroccan administration of the Sahrawi Arab Democratic Republic. Many members of Sahrawi´s provisional government and Polisario fighters are living in exile in Algeria. The Sahrawi Arab Democratic Republic was officially recognized by Libya in 1980, and is recognized by a wide range of countries, non of which is a NATO member state.

Ever since international military support against the NATO led aggression began to manifest and the subsequent adaptation of strategy and tactics by Khamis Ghadafi and the military leadership of the Libyan Armed Forces the situation on the ground has, in spite of heaviest fighting and losses on both sides yielded so positive results that an estimated 95 % of Southern Libya are under the legitimate Libyan Governments control, enjoying overwhelming popular support.

An overview over last nights military situation up to the morning today. In Derna a large contingent of TNC fighters fled the city taking heavy casualties when being heavily pursued by Libyan Military, Tribal and Popular Resistance. Heavy fighting in Al-Baida resulted early this morning in about 50% of the city being liberated. At six o clock this morning we received reports of heavy street to street, house to house and room to room fighting in Bengazi with heavy casualties on both sides. An estimated 50% of the city is reported to be liberated.  The main resistance from TNC forces is entrenched in the center of Bengazi. A contingent of TNC fighters from Tobruk that was detached to relief the encircled TNC fighters in Bengazi City was literally wiped out when intelligence from inside TNC cadres in Tobruk made it possible to prepare an ambush by Libyan Forces.

The utter chaos in military planning among TNC strategists becomes obvious when considering that a detachment of TNC fighters had left Bengazi earlier the same night to prepare an attack on Ghat, which was met with heavy resistance, resulting in 30 TNC casualties. In Zawiah the green flag is hoisted over a liberated city. After meetings of representatives from cities and villages around Zliten, yesterday and tonight, the representatives of the TNC in Zliten were this morning approached by representatives of Zliten delivering the ultimatum that the local TNC representatives, together with their foreign mercenaries should leave by Friday, or face a situation of “being thrown out” by the people.

Even though the psychological strategists of Pentagon and NATO had succeeded in deceiving a substantial part of the Libyan population into believing that they needed a breath of fresh air and reforms, after the brute awakening to what the Anglo American Empires represents, and how it is represented by imported Al Qaeda, Afghan and other opportunistic mercenaries, an estimated 97 % of the Libyan population stands firmly behind Muammar Ghadafi and the legitimate government of Libya. 97 % should tell any military expert that the situation is considerably worse for US ambitions than it was in Vietnam.