The Unsustainable Position of the Empire by Fidel Castro Ruz

Posted on September 23, 2011 by nsnbc international

The Unsustainable Position of the Empire, by Fidel Castro Ruz was first published in English translation in Cubadebate. In the light of the ongoing overt aggression against the people of Libya, and the covert subversion attempt in Syria, I find it encumbent to republish this article tonight, before closing down for today.

With warmest regards, hope for peace, and the very best wishes for the author, Fidel Castro Ruz. Thank You.

The Unsustainable Position of the Empire

Nobody can assure us that in its agony, the empire won’t be dragging human beings down to catastrophe.

As we know, while our species remains alive, everybody has the sacred duty to be optimistic. Ethically, any other behaviour wouldn’t be admissible. I remember well that one day, almost 20 years ago, I said that there was an endangered species: Man.

In front of a select group of bourgeois government leaders, flatterers of the empire, among them being the immense well-fed bulk of the German Helmut Kohl, and others like those forming the chorus of Bush Sr., less dismal and alienated than his own son, W. Bush, I couldn’t help but express that truth which I was seeing as being very real, even though it was more distant than it is today, with the greatest sincerity possible.

Turning on the television at about 12:15 at midday, because someone told me that Barack Obama was giving his announced speech on foreign policy, I paid attention to his words.

I don’t know why, despite the piles of dispatches and news I listen to on a daily basis, not one of them mentioned that the guy would be speaking at that time.  I can assure the readers that there are not a few stupidities and lies that, among the dramatic truths and facts of all kinds, I read, I hear or see in pictures every day. But this case was something special. What was the guy going to say at that time in this world overwhelmed with imperial crimes, massacres or unmanned planes dropping deadly bombs, that not even Obama, now master of some life and death decisions, was imagining when he was a student at Harvard just a few decades ago?

Of course nobody should suppose that Obama is master of the situation; he merely handles some important words that the old system in its origin granted the “Constitutional President” of the United States. At this point, 234 years after the Declaration of Independence, the Pentagon and the CIA still have the basic instruments of the imperial power created: technology capable of destroying the human race in a matter of minutes, and the means to penetrate those societies, dupe them and manipulate them shamelessly for as long as they need to do so, thinking that the power of the empire is boundless. They trust they are handling a docile world, without even a single disturbance, for all future time.

It is the absurd idea upon which they base tomorrow’s world, under “the kingdom of liberty, justice, equal opportunities and human rights”, incapable of seeing what is really happening with poverty, the lack of the basic services of education, health, jobs and something worse: meeting life’s needs such as food, drinking water, house and many others.

Strangely enough, can anyone wonder for example what would happen with the 10 thousand dead per year as a result of drug-related violence, basically in Mexico, to which we could add the countries of Central America and several of the most populated countries in the southern part of the continent?

I harbour absolutely no intention of offending those peoples; my purpose is just to point out what is happening to others almost on a daily basis.

There is one question that has to be asked almost immediately: what is going to happen in Spain where crowds are protesting in the country’s main cities against the unemployment of 40% of the young people, just to quote one of the causes of the demonstrations of that fighting people? Could it be perhaps that they are going to start bombing that NATO country?

Nevertheless, at this time, at 4:12 p.m., they still haven’t published the blessed official Spanish version of Obama’s speech.

I hope you will forgive me for this improvised reflection. I have other things to take care of. 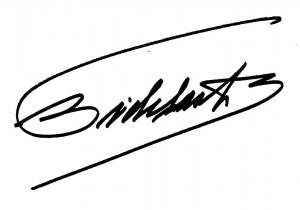 nsnbc international is a daily, international online newspaper, established on 25 February 2013. nsnbc international is independent from corporate, state or foundation funding and independent with regards to political parties. nsnbc international is free to read and free to subscribe to, because the need for daily news, analysis and opinion, and the need for independent media is universal. The decision to make nsnbc international freely available was made so all, also those in countries with the lowest incomes, and those inflicted by poverty can access our daily newspaper. To keep it this way, however, we depend on your donation if you are in a position to donate a modest amount whenever you can or on a regular basis. Besides articles from nsnbc's regular contributors and staff writers, including nsnbc editor and founder Christof Lehmann, it features selected articles from other contributors through cooperation with media partners such as Global Research, The 4th Media, AltThaiNews Network and others.
View all posts by nsnbc international →
This entry was posted in Analysis, Europe, Geo-Politics, Latin America - Caribic, Middle East, Northern America, Opinion, World and tagged Castro, conflict, Empire, Fidel Castro, Fidel Castro Ruz, human race, imperialism, NATO, nsnbc, nsnbc-nsnbc, nsnbc.wordpress.com, Peace, survival of the human race, the unsustainable position of the empire, war. Bookmark the permalink.
Loading Comments...
%d bloggers like this: