Posted on September 20, 2011 by christoflehmann

Yesterday  a bomb threat against Turkish President Abdullah Gul in Berlin. Today a bomb chocks Ankara and nobody used it as a claim for fame. Two weeks ago, Turkey severed diplomatic, economic and military ties to Israel. Kurdish Seperatists, Islamic Fundamentalists, or Mossad Double Speek.       by Dr. Christof Lehmann

After a bomb threat, German Police cleared the Humbold University, where Turkies President Abdullah Gul was due to speak on Turkish-German Relations. Berlin has a large community of Turks and Kurds. According to the German Federal Police, BND, as well as Berlins local intelligence, Landesamt für Verfassungsschutz in Berlin, both the PKK, as well as several Turkish organizations are active in Berlin. A bomb threat, while Abdullah Gul is to speak on German-Turkish Relations does not exactly come as a surprise for the German Police Authorities. One just has to consider, that Germany according to SIPRI presented trainloads of used East German, Soviet made military equipment and arms to Turkey under the condition, that the arms would be used “exclusively to fight the PKK”. However, the PKK has been relatively inactive in Berlin for years, so have the Gray Wolves.

German-Turkish relations date back to the German and Ottoman Empire, and the two countries have been allied in two world wide conflicts, WWI and WWII. After Zionist Organizations declared War on Germany, Germany implemented a policy towards the German and European citizens of Jewish descent, that is today widely recognized as ” The Holocaust”.

Today a bomb went of in Turkey, kiling three, wounding more. The bomb was placed inside a car, near a Highschool. Turkies Internal Minister Idris Naim Sahin informed the press, that the bomb was exploded at a time that indicates, that it was intended to cause as many casualties as possible.

According to Huffington Post, a woman who shouted ” long live our struggle” when the bomb exploded was arrested. Huffington post and other media are interpreting the developing incident in the direction of the Kurdish Seperatist Movement PKK, which is fighting for the establishment of the Kurdistan, that was recognized by the United Nations in 1968, but which never was established due to Turkish and international oppression. 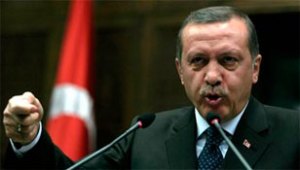 It is also a fact that women are among the central leadership and command cadre of the PKK, which has implemented a rigorous feminist policy. So much, that many women from Iraq and other countries, who are unhappy with being oppressed join the PKK and their fight. Among the most renown feminist revolutionary fighters that joined the PKK was  the German Andrea Wolf. Andrea Wolf was a member of the German Revolutionary Rote Armee Fraktion, RAF, which had strong ties into Moscow, East Berlin, and Kurdistan. Fact is, even though many impoverished and oppressed women join the PKK, they are going through a rigerous military education and training, which includes intellectual training and education. A female PKK fighter who is standing at the crime scene, after exploding a bomb, shouting ” long live our struggle ” waiting until she is arrested sounds off the rack rediculous and incredible.

Are Islamic groups and organizations likely to explode a bomb in Ankara, at a time where Turkey is taking part in financing, training and arming Islamic extremists, including Muslim Brotherhood and Al Qaeda from makeshift installations on some of the worlds most high tech and secured NATO bases ? Would those groups and organizations risk biting the hand that is feeding their NATO lead insurgency in secular Syria ? Not very likely, though that scenario would definitely be a little bit more likely than the PKK ” come here and arrest me girl ” narrative.

nsnbc has recently published an article about the high risk for false flag attacks; but what reason would Turkey have, right at this time ? The relatively small blast in Ankara is hardly enough to implement even more draconian laws in Turkey, or to justify a significantly increased push against the PKK. 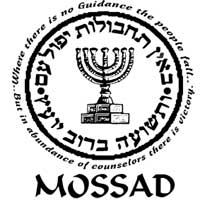 So we are back to square one, or did we forget something. Right, we forgot the fact that R. Tayyip Erdogan has created himself enemies inside the Mossad, when he decided to sever all diplomatic, economic and military ties to Israel, some 16 days ago. The car in which the bomb was placed was bought one week ago and never registered in anybodies name.

Christof Lehmann is the founder and senior editor of nsnbc. Christof Lehmann is a political writer, psychologist, and independent political consultant on a wide range of issues, including conflict and conflict resolution, negotiations, security management, crisis management. His articles are published widely in international print and online media and he is a frequent contributor to radio and TV programs. He is a lifelong advocate for human rights, peace and international justice and the prosecution of war crimes - also those committed by privileged nation. In September 2011 Christof Lehmann started the blog nsnbc in response to what he perceived as an embargo on truth about the conflict in Libya and Syria. In 2013, he plans to transform nsnbc into an independent, daily, international online newspaper.
View all posts by christoflehmann →
This entry was posted in Analysis, Middle East, News and tagged Ankara bomb, bka, bomb in ankara, bomb threat in berlin, christof lehmann, Dr. Christof Lehmann, False flag, insurency in syria, islamic extremists, Israel, Mossad, nato base in turkey, nsnbc, nsnbc-nsnbc, PKK, RAF, Syria, Tayyip Erdogan, Turkey, turkey severs ties to israel, turkey trains insurgents, verfassungsschutz. Bookmark the permalink.
Loading Comments...
%d bloggers like this: