Posted on September 16, 2011 by christoflehmann

Intelligence reports from Ukraine and Italy indicate that NATO is planning a massive False Flag Massacre on Libyans on 18 September to strengthen it´s position when asking the U.N. Security Counsel to prolong it´s Mandate to enforce Resolution 1973 on Libya on 19. September. The same sources confirm that there is heavy fighting between NATO and TNC troops, regular Libyan Forces and Tribal Militia. by Dr. Christof Lehmann 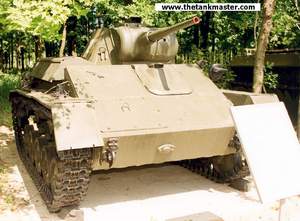 Ukrainian and French Intelligence sources could confirm on 12 September, that NATO recently had purchased Soviet made weapons, including armored vehicles and a small amount of tanks from Latvia, Moldova, and possible other former Warsaw Pact member states. According to these sources the weapons have been purchased to be used in a False Flag operation in Tripoli on 18 September, to be blamed on regular Libyan Forces, or Tribal Militia loyal to Muammar Ghadafi.

Green Square Made in Doha

Suspicion about the probability that the weapons were to be used in a False Flag operation was raised, when all citizens of Tripoli received an SMS, claiming that Muammar Ghadafi called all residents of Tripoli to go out into the streets at night on 18 September protest and fight the rebels. Intelligence sources state that this SMS has not been sent by Muammar Ghadafi, but by NATO Intelligence. These reports were later confirmed when a loyalist On-line TV Channel warned the population that the SMS was false and probably sent by NATO Intelligence. Some Libyans jokingly say that “NATO Intelligence” is an oxymoron, referring to the “fake green square videos” which were easily identified as fraud by Tripoli residents. The purpose with the message is reportedly to stage a False Flag attack with heavy civilian casualties, using the recently acquired Soviet made arms, so as to blame it on Muammar Ghadafi.

Libyans are at a loss, not least because the general sentiment in the population is strongly opposed to what is widely perceived as NATO´s neo-colonial war with the help of Islamic Radicals, Saudi Arabia, Al Qaeda – Libyan Islamic Fighting Group   –  CIA Imported mercenaries from Masar e Sharif Region in Afghanistan under the command of warlord militia that were previously designated as ” Northern Alliance” and a few die hard Royalists who wish to reinstate the old Monarchy after King Idris. 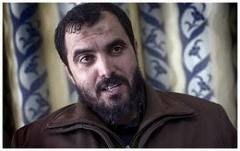 NATO intelligence has maneuvered the residents of Tripoli into a quagmire. If they come out in numbers, they risk not only to become the physical targets for a False Flag attack; the massacre on them could be used to lobby for a prolongation of the NATO Mandate at the UN. Security Counsel on 19 September, with a high probability for NATO countries calling for a “Peace Keeping Mandate”.

The fact that NATO intelligence would make use of a False Flag attack does by no means come as a surprise. We have been warning about a heightened risk for False Flag Attacks in an article on 10 September. The fact that NATO would make use of a False Flag one day before a meeting at the U.N. Security Counsel on 19 September however elicits two facts that are decisive factors for the immediate and long term strategies of NATO .

For one, the fact  that NATO and it´s Rag tack Rebels are meeting significantly stronger resistance than anticipated, and that a decisive victory is impossible without boots on the ground in form of a “NATO Peace Keeping Force”. If you are not used to Orwellian language yet, it is the new speak for a colonial occupying army.

For the second, the fact that the long term strategy for Libya, including a U.S. Military Base in Libya was decided as early as 1998, and that a “Peace Keeping Force” would be the initial phase of the implementation of that plan.

THANK YOU FOR TAKING THE TIME TO INFORM YOURSELVE

Christof Lehmann is the founder and senior editor of nsnbc. Christof Lehmann is a political writer, psychologist, and independent political consultant on a wide range of issues, including conflict and conflict resolution, negotiations, security management, crisis management. His articles are published widely in international print and online media and he is a frequent contributor to radio and TV programs. He is a lifelong advocate for human rights, peace and international justice and the prosecution of war crimes - also those committed by privileged nation. In September 2011 Christof Lehmann started the blog nsnbc in response to what he perceived as an embargo on truth about the conflict in Libya and Syria. In 2013, he plans to transform nsnbc into an independent, daily, international online newspaper.
View all posts by christoflehmann →
This entry was posted in Africa, News and tagged Africa, christof lehmann, Dr. Christof Lehmann, fake sms, false flag in libya, false sms, Ghadafi, ghadafi resists, Libya, NATO, Nato false flag, nato false flag in libya, nato intelligence, NATO plans false flag, NATO PLANS FALSE FLAG MASSACRE IN LIBYA, nato sends fake sms to, nsnbc, nsnbc-nsnbc, nsnbc.wordpress.com, rebels defeat, rebels defeated, rebels meet resistance, tns, transitional national counsel. Bookmark the permalink.